one of my favorite authors died.

The author JG Ballard, famed for novels such as Crash and Empire of the Sun, has died aged 78 after a long illness.

His agent Margaret Hanbury said the author had been ill "for several years" and had died on Sunday morning.

Despite being referred to as a science fiction writer, Ballard said his books were instead "picturing the psychology of the future".

His most acclaimed novel was Empire of the Sun, based on his childhood in a Japanese prison camp in China.

The author of 15 novels and scores of short stories, Ballard grew up amongst the ex-patriot community in Shanghai.

During World War II, at the age of 12, he was interned for three years in a camp run by the Japanese.

He later moved to Britain and in the early 1960s became a full-time writer.

Ballard built up a passionate readership, particularly after Empire of The Sun, a fictionalised account of his childhood, was made into a film by Steven Spielberg.

He said of his experiences: "I have - I won't say happy - not unpleasant memories of the camp. I remember a lot of the casual brutality and beatings-up that went on, but at the same time we children were playing a hundred and one games all the time!"

Director David Cronenberg brought Ballard's infamous book about the sexual desires stimulated by car crashes to the screen in the film Crash.

The film caused a media stir, adding to Ballard's reputation for courting controversy.

In later years he wrote other acclaimed novels such as Super-Cannes and Millennium People.

JG Ballard was brilliant, his short story War Fever gives me new insight to the various on-going world struggles that I track every time I reread it which is about once every 6months. I highly highly recommend everyone I know pick up the collection of the same name that contains it War Fever, and if you click that amazon link you can read an excerpt of the first couple of pages of the short story. He really was a brilliant writer about psychology, he just used science fiction to frame his stories. A more indepth rip bio article is here. 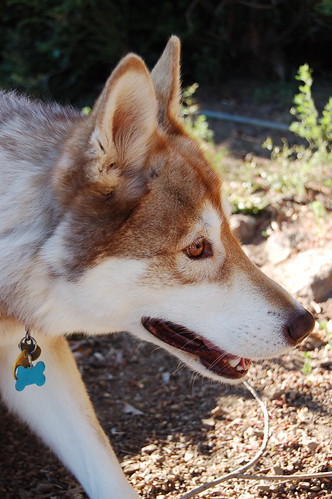 zorya finally got groomed today and now she looks less like a mangy mutt and more like a fine upstanding young doggle.