In an effort to blog more as per

girlvinyl's advice, I am writing up my birthday weekend happenings. I am trying to use more words and less pictures so here are a bunch of pictures with words. Friday was my actual birthday, the children conspired together to make me delicious breakfasts. Evan apparently woke up super early and biked down to the store for supplies. Then Zoe and Zane exiled me from the kitchen and created a delicious array of crepes with carmalized apples and fresh whipped cream. Zoe was head chef, with Zane as sous chef. Evan also handled cleanup. 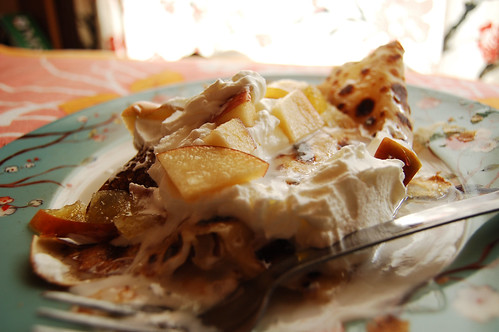 Later in the evening I had dinner with the children, Roger, and my mom. My mom got me a super cool biking windbreaker that is extremely thin, light, and folds up into its own pocket. A+! On Saturday Yuriy and I got up early and headed into the city for breakfast. Unfortunately I made the mistake of taking advil on an empty stomach, throwing grease and a couple sips of champagne on top, then topping it all with a starbuck's doubleshot. Terrible idea. So we biked around Berkeley all day on a magical mission for pants, but my stomach was fkn killing me most of the time. It was so fun though, I love riding bikes with Yuriy and showing him the Bay Area. After biking around all day we rode to the Missouri Lounge on San Pablo, aka Zeitgeist East and met up with a bunch of friends, then we all rode down to

nullcherri and Dr J's place where Jason spun records for us (big ups for 2pac) and we played video games. Then we all rode our bikes to bart. At some point later in the evening Yuriy attempted to make creme brulee from what I can tell of the mess in the kitchen.

Today we went to the magical mystery wonderland that is the San Jose Flea Market. We caltrained down and then biked some 6miles there. Pretty easy ride and super fun. Walked around in the sun all day, ate greasy fair food, bought silly trinkets and continued on my as yet unfulfilled quest for the perfect 2pac RIP shirt. I did however find a shirt with Pancho Villa, Pepito, and SubCommandante Marco on it. A++. I saw many things that I resisted buying for Renee because I know that she does not actually need a giant velvet painting of a unicorn and a wolf, but I reserve the right to purchase it next weekend. The San Jose Flea Market is basically the best place in the world. 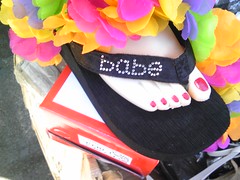 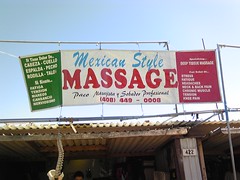 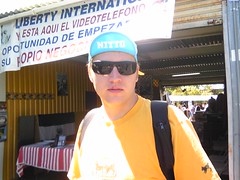 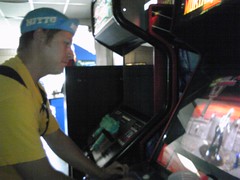 Today I also figured out that the noise the bart trains make when they stop in the stations is the same noise as in the end of Rez from Rez/Cowgirl off Everything Everything by Underworld. Been driving me crazy for years. Who is going to Underworld on Friday? Yuriy got me tickets for my bday so we will be there for shore! <3
Collapse