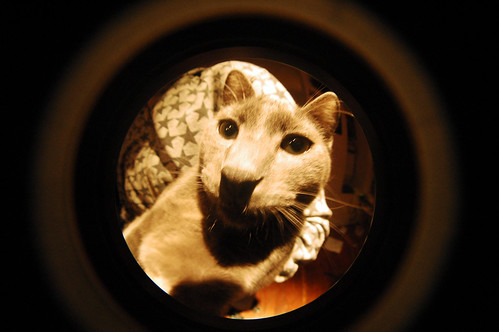 ak models for my fisheye lens. i finally picked up a stepup ring so i can use it with my nikon. expect a deluge of fisheye pix over the next few weeks! 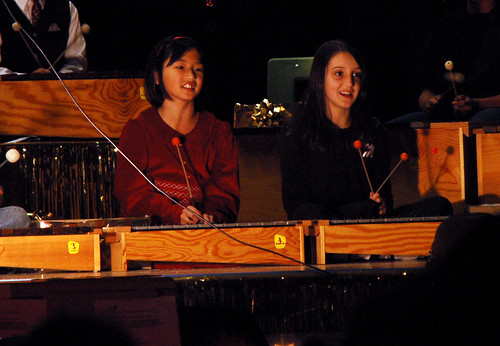 this is a picture of zane and her best friend jen from the winter performance last night. each year the music dept of the kids' school puts on a recital which plays mostly christmas music, tho also a lot of international music by the children. this is the last year any of the children will be at this school, so the last winter performance we will have to go to. at the end of this performance, the children all ran from their places and formed a pyramid: 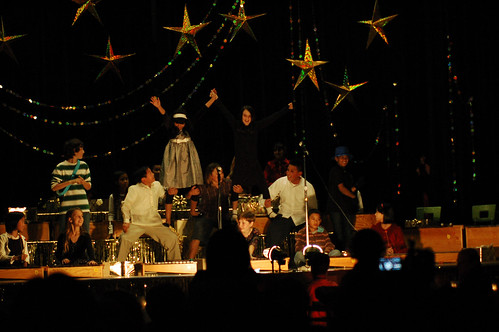 tonite is the anti-war 'plz mr president quit sending troops to the graveyard of empires' protest downtown on powell in the city. a couple of us are heading down shortly to photograph, and i am thinking of doin the entire thing in fisheye. a++ am i rite? hope it's not too cold and that you are all well!
Collapse