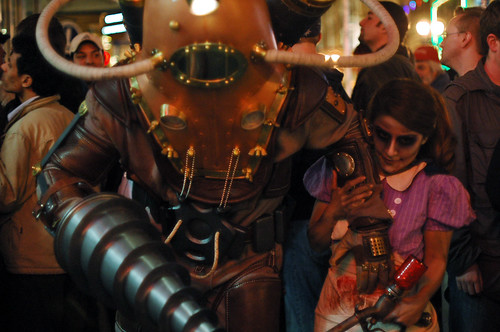 last night i again earned the "best mom in the world" title by taking evan to the bioshock 2 release party in downtown sf at midnight. 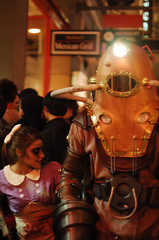 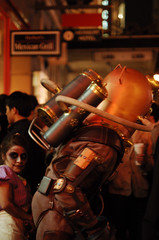 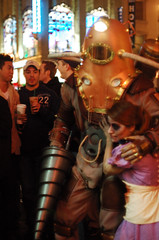 it really wasn't too bad, since bioshock is also my favorite game. i have been waiting somewhat impatiently for this to come out since 2008. bioshock really speaks right to the sort of game i like, i am not so much into steampunk, but i love deco, and i love mocking humanist culture. 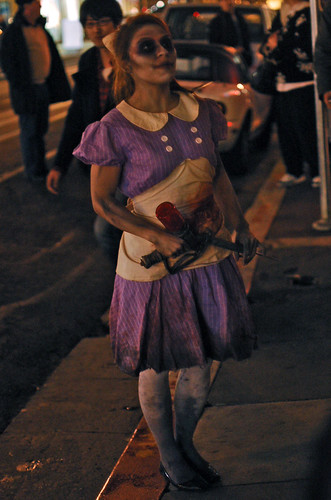 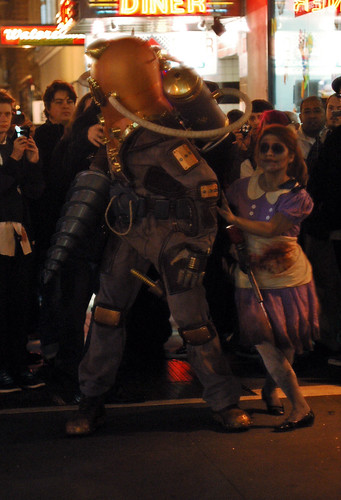 these pictures are all pretty terrible. it was dark as fuck, kind of damp, and i had to jack my iso up all the way to get any detail. so you all get grain the size of quarters, sry. also a lot of stuff is slightly out of my dof, i had my aperture open all the way so my dof was like an inch long. usually i hate turning in work like this, i feel like i will be called to the front of the class to explain my composition choices, but i figure this is the best i was going to get considering i was dog tired, it was rainy, and i was shooting from the middle of the street most of the time. technical errors all over the place here. 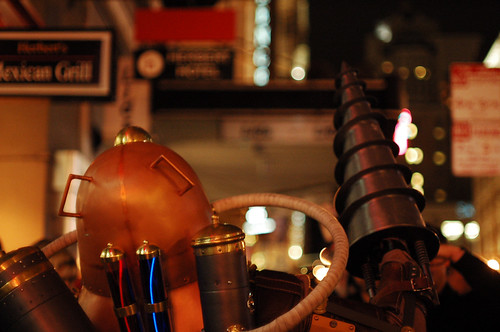 there was super cool swag. we got a ton of tshirts (one for zoe and zane who were not lucky enough to go) and a splicer mask for each of us. we also had evan's little friend chris along with us, and both of them were super overwhelmed. i don't think it ever occured to either of them that there are such things as video game openings, and i can foresee a lot of waiting on sidewalks at midnight in my future. 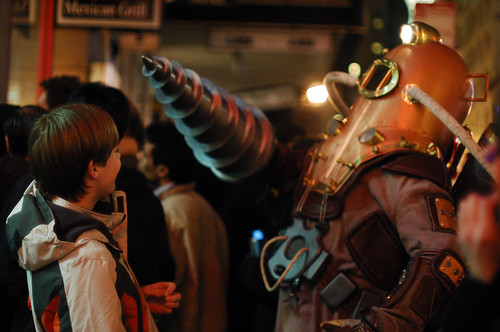 here is evan getting menaced by the big daddy. his drill even spun, it was an awesome costume, tho not as awesome as that cosplay guy which was pretty spectacular. 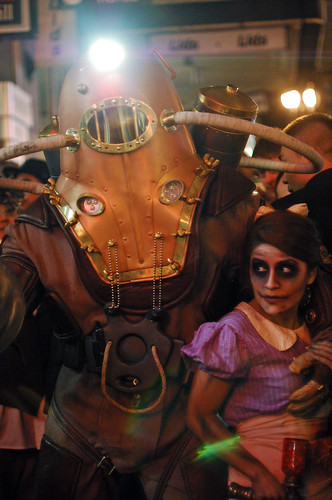 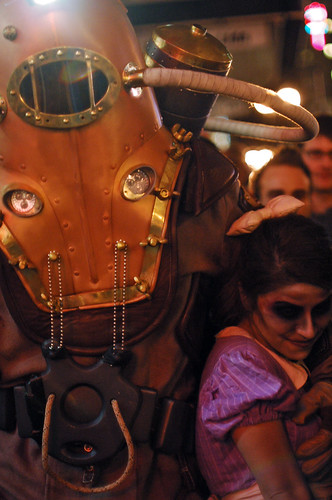 not many other people were in costume. there were a few people in dinner formal wear with masks on dressed as splicers. tons of free redbull tho, so you know i was happy. evan and i both picked up copies of the game, and now i have to spend all day resisting playing before yuriy comes home from work. it's ok if i just check out the multiplayer right? that's not the same as playing the game really. 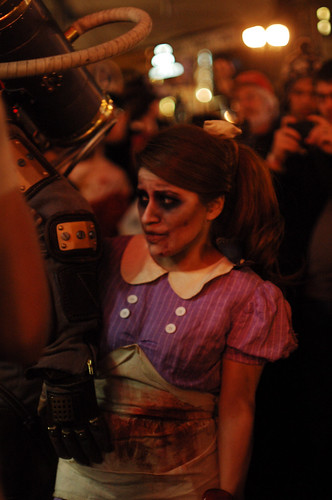 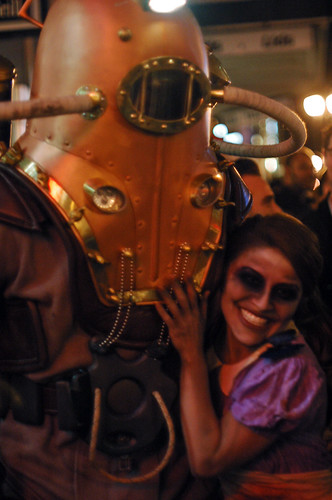 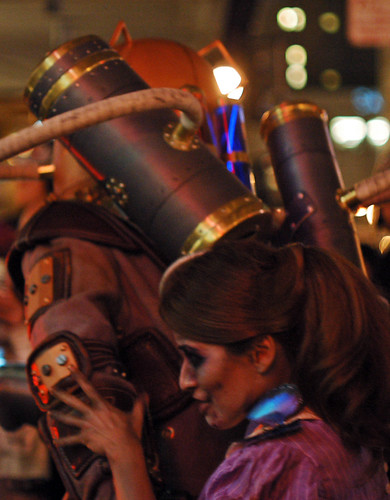