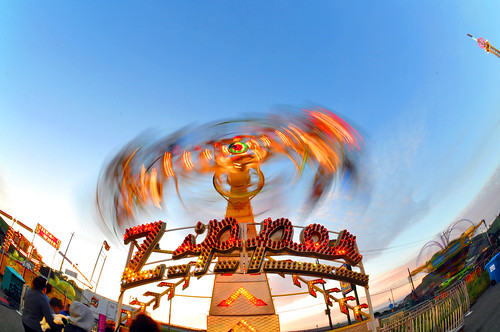 hi lj long time no post. sorry about that. i have been a little quiet because i have been waiting on some news about whether i am sick or not. a couple weeks ago i went to my dr after months of feeling more tired than usual, hair falling out in large handfuls (my hair is still crazy thick so it's not noticeable, but i have lost about a third of my ponytail width) and a nagging pulling sensation in my lower abdomen. she found some sort of 4cm/4cm mass, so two ultrasounds and an mri later i still have basically no answers. i have some suspicions, location means it is either the appendix or the bladder, both of which i will probably eventually have issues in if i do not already, based on my organ issues before. hopefully it will be something super minor like a bladder cyst (with kidney cysts there is a high percentage of ending up with cysts in the bladder down the road) and i can get past this without spending a fortune in time or copays. but like seriously what i needed right now was another serious medical issue to take up all my non-existent free time right?

in the world of good news however: both zoe and zane have been accepted this year as zoo volunteers on the Nature Trail at the SF Zoo. they have already begin training, it is a LOT of work, they have to know over 20 animals to expert level. the nature trail program is where youth volunteers staff this section of the zoo called the Nature Trail, where they handle small exotic animals up close and teach zoo guests about them. turtles, tortoises, ferrets, possums, hedgehogs, parrots, and lizards are some of the animals they will be presenting. it is a serious commitment timewise as well, they work 2 days per week from 9-5, and are expected to treat it as a job rather than as a volunteer gig. however, since both girls are considering going into animal biology fields, possibly at state, its an amazing opportunity to get animal hands on action early on AND end up with an amazing rec for their college applications. 4 or 6yr at the same biology geared program thru middle and high school? a++++!!!

zoe also made the cheerleading team at her school! i am super proud of her, she is not an outgoing kid at all. i think cheerleading will be really great for her because it forces her to really put herself out there in the spotlight, but also in a way where she is part of a team and not the sole focus. plus this team is a competitive stunting team, so it ups her gymnastic workouts from 2days a week to 5 or 7 (depending on where in the practice schedule they are). between the nature trail where she will have to interface with strangers, and the cheerleading program where she will hve to lead her school in spirit, i think it will be excellent to help her get over her shyness, stage fright, and fear of strangers. plus if she really wants to move up as a competitive gymnast, she NEEDS to be doing gymnastics more.

evan has also settled on his summer plans, working at the marine mammal center with his gf. he is really looking forward to this for the same reasons the girls are. he really likes animals. but also he wants to obtain a biology degree related to humans, so he is excited because he can spin his three years working there as "wanting to work with the closest thing to human physiology possible, marine mammals" on his college apps. they do a lot of lab work and medical field work at the MMC, so he thinks it will play really well on his apps. of course, i can't go a month without one of the kids having a medical problem, so we are currently running around to various drs with him trying to figure out why his blood has the consistency of congealed bacon fat (thx

not much else is new. i am crazy busy right now with like 5 giant end of the year fundraisers at the various schools (ask me about the 1000seat gourmet sitdown meal and elaborate stageshow that we are throwing in like 6hr. no wait don't ask me because i have like a mountain of work left to do! and this is only one of the TWO CONCURRENT fundraisers i am part of throwing today. i baked for like 4 days straight for the other one) and getting all the summer program training squared away. plus getting ready for cheerleading tryouts was a huge deal, they had several clinics that zoe had to attend, plus we had to practice her stuff daily. zane is also running track right now, so between practices and meets i am constantly running all over town. i just can't WAIT for school to be out so i can at least pretend that i have less responsibility going on. of course, the closer we get to school being OUT, the more i have to do, what with zoe's graduation this year, AND her confirmation in two weeks. someone shoot me hehe