the 15th annv of the day tupac died. where were you when you heard the news?

lyrics. the first verse has always been my favorite:

The only way to change me is let me blow my brains out
stuck in the middle of the game to get the pain out
Pray to my God everyday but he don't listen
the poverty bothers me but mama's working wonders in the kitchen
Listen I can hear her crying in the bedroom
praying for money we never think would she be dead soon
Am I wrong for wishing I was somewhere else
I'm 13 can't feed myself
Can I blame daddy 'cause he left me
wish he would've helped me
too much like him 'til my mama don't love me
On my own at a early age gettin' paid
and I'm strapped so I'll never be afraid
Where did I go astray I'm hanging in the back streets
running with G's and dope fiends will they jack me?
Can't turn back my eyes on the prize
I got nothing to lose
everybody gotta die
say good-bye to the bad guy
that one you fucked when you passed by
Buck buck [gunshots] from a Glock
let the glass fly
Do or Die walk a mile in my shoes
and you'd be crazy too
with nothing to lose

is there a ton of misogyny in tupac's lyrics some times? of course, but that doesn't negate the fact that he was incredibly articulate on the subject of growing up in abject poverty in the inner cities of the bay area. whenever people start telling me that of course they have listened to hiphop and they KNOW its all just about guns and violence, i use his lyrics as an example that they are dumbfuck pieces of shit who are usually racistly making assumptions. "letter to the president" is still so spot on some 15+yr later and changes is also still so very fucking relevant (even tho it contains the lines "And although it seems heaven sent / We ain't ready, to see a black President, uhh" which was sampled in nas's "black president".) and is one of the many songs to predict the manner of tupac's death. you tell me how these lyrics couldn't be dropped today and still be totally applicable. this song is one of the most beautiful songs i know, and it never fails to make me tear up by the end:

"o/~ And still I see no changes, can't a brother get a little peace
It's war on the streets and a war in the Middle East
Instead of war on poverty they got a war on drugs
so the police can bother me
And I ain't never did a crime I ain't have to do
But now I'm back with the blacks givin it back to you
Don't let 'em jack you up, back you up
crack you up and pimp smack you up
You gotta learn to hold ya own
they get jealous when they see ya with ya mobile phone
But tell the cops they can't touch this
I don't trust this when they try to rush I bust this
That's the sound of my tool you say it ain't cool
My mama didn't raise no fool
And as long as I stay black I gotta stay strapped
And I never get to lay back
Cause I always got to worry 'bout the payback
Some buck that I roughed up way back
Comin back after all these years
Rat-a-tat-tat-tat-tat, that's the way it is, uhh o/~" 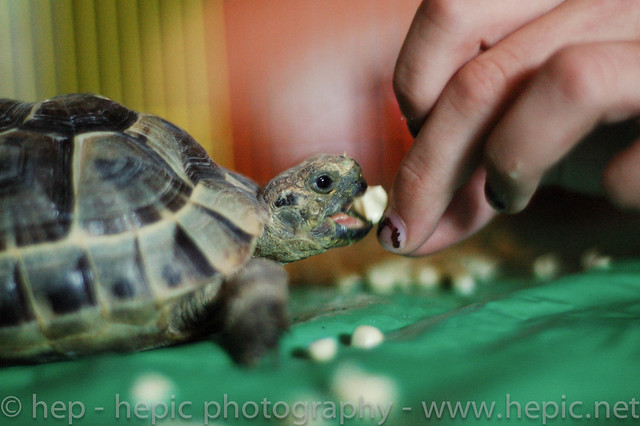 tortisima eats corn, a photo by hep on Flickr.

here is some cute for you. zane feeding her pet tortoise a kernel of corn.