hi new friends! (and old patient friends who haven't dropped me for being massively idle!) i have an intro tag which contains useful information, but the most important post is probably this one which contains all of the relevant info for my very confusing personal living situation. add 2 yrs and give or take a few animals to that writeup.

what have we been up to? well a few weeks ago we headed up to visit

demure in redding for the big solar eclipse. it was very fun. we met many rednecks. yuriy found his bff, the dos equis guy (his pinatas fight back!) people in redding park like dicks, but their cheeseburgers are only $2.99 so it makes up for it. i have lots of real pics but i am like months behind on editing so it will be awhile before i get to anything that isn't taken from my phone.

the eclipse itself was awesome. we went up by whiskeytown lake which was full of nerds with telescopes and cameras. some guy tried to teach me about photography. this always happens to me. don't even get me started about how whenever i show up with evan as my assistant to shoot something, people will inevitably talk to him first assuming he is the photographer. hopefully someday i can photo a total solar, this one was a really fun annular tho. a+ would photo again. 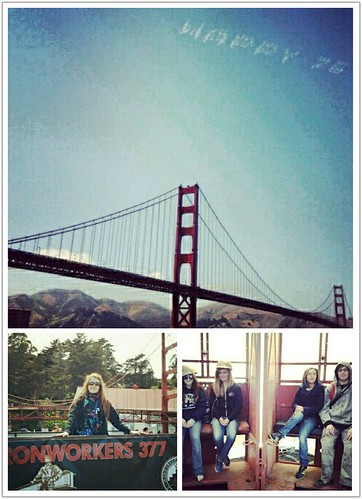 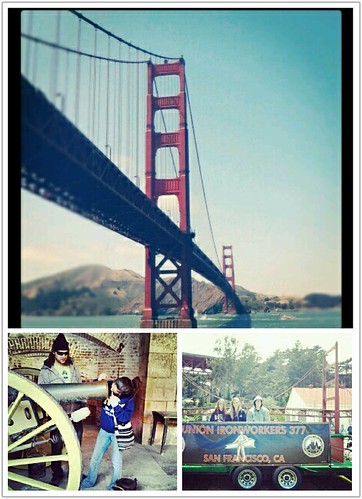 my 2nd favorite bridge (after the bay bridge which is much prettier) had a birthday this last weekend. we spent sunday at the festival. the ironworker tables were staffed by half of my family, and those i wasn't related to by blood i was related to by marriage. the breaks of being like 5th generation in an all ironworker family. 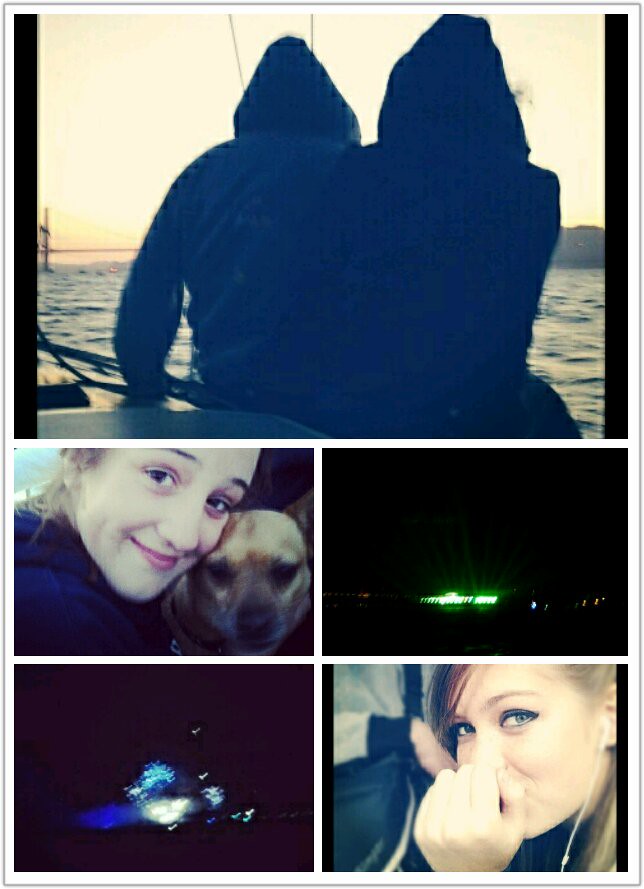 the fireworks show was AMAZING. the cool thing was, during the 50th annv fireworks show (for which i was lucky enough to be on the bridge itself because my dad was working on bridgecrew at the time) ended with a golden fireworks cascade off the side of the bridge, and this time they started with it. this year we were lucky enough to all be out on a sailboat on the bay right in front of the bridge. pics to come if i ever get time to edit the non-work ones. the show was gorgeous, i highly recommend everyone watch:

this week evan and zoe have been out of school. we have been making a lot of yummy dinners and whatnot. yuriy has been making crepes for dessert almost every night (he is a crepe master, altho they don't call them crepes, in russian they are blinchiki) we mostly have been giving evan an easy week after his major AP year, and zoe has been spending most of her time working out for summer swim team at the local pool and volunteering at the middle school. these kids, get them out of school and they demand to go right back! 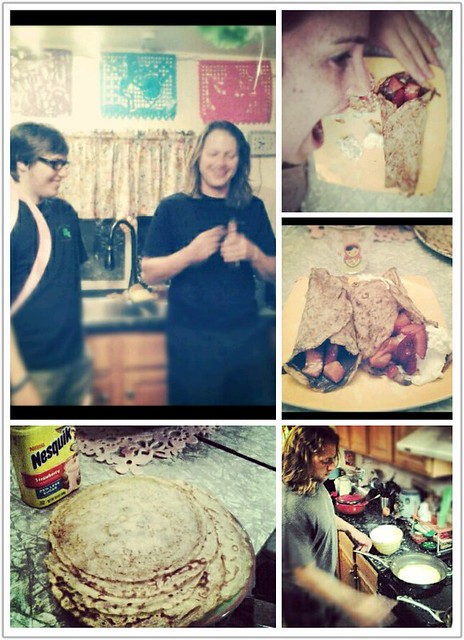 tonight was zane's open house at school. they only have 5 days total left then she will be out for summer too. she has really been doing so well this last month, really getting her organization together and working on her executive direction skills. which is good because immediately on school getting out both girls start 2 days a week at the zoo. zoe is in the process of bleaching her hair out white. tomorrow we do the last bleach round and then tonar it. i am totally not doing her roots when it is time, so much hair ;( 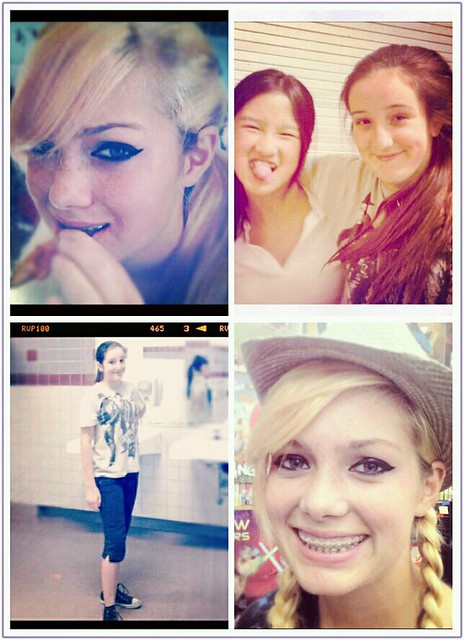 this is a pic of baby zoe and tiny evan. zoe is holding my FAVORITE toy from when i was little, it was a plastic playskool camera that would spit out plastic "photos" that "developed" into pictures when wet (you put water in a small reservoir in the camera and it would brush it on the "photo" as it pushed it out). pretty sure this + viewmasters started my love for photography. because of these toys i fondly remember making my dad buy me a million shitty kids 35mm and 110 cameras and wasting countless rolls of film trying to shoot. i miss this camera toy! i want another one! 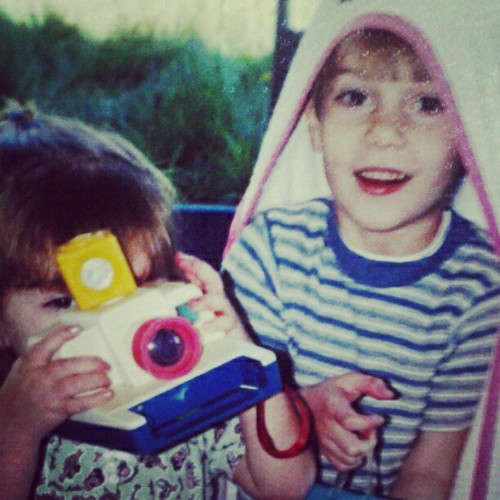