let's see. i am sad about weev's sentencing. even tho weev is one of the most terrible people, i still don't agree with how they took him down, and it weighs even harder on me since i hate and fight against the prison industrial complex so much. (almost 10% of our budget goes to prisons in ca, about 5% of our state population is incarcerated, mostly affecting minorities and the poor, etc etc. the first time someone i knew and cared about went away for a long stint in prison i was 3.) the abuse of normal people by big corporations and for governmental grudges is only getting worse. i have hopes that on appeal he will be victorious. he is correct in saying that he basically got convicted for doing arithmetic. it is even more terrible that the average person seems to think he a) actually wrote some code b) actually hacked anything (there was no encryption, open facing server) c) that he in some way profited off the info (he merely showed a redacted form to journalists. there was no attempt to sell or trade, joking on irc aside. and there wasn't going to be one either because the whole thing was resolved well before he got initially arrested.) i have a lot of fear for all my other friends and loved ones in security right now, because this kind of shit is straight up shady. we joke a lot about "first they came for weev, etc", but it's true in this instance. his security group may have been a bit tongue in cheek, but they were legit. security is a scary field to be in right now, and i hope all my friends stay safe from rogue gov agents hell bent on their destruction. 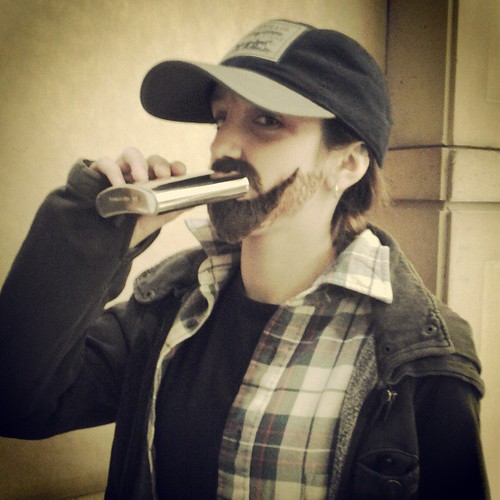 i took zane to vegas for supernatural con. it was super fun. she won the juniors costume contest (dressed as bobby) and got to meet AND HUG mischa collins. there is photographic evidence. i was mostly bored (i enjoy the show, but not to the fandom extent that most of the attendees do, and having already watched q&a's from 7yr of other cons, i knew the answers to most of the repeat questions.) 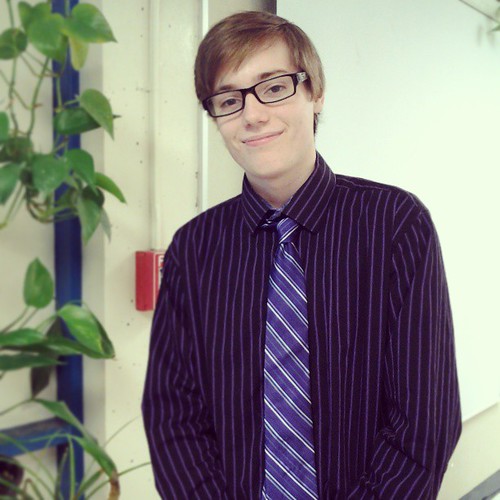 evan gave his senior exhibition on the ethics of bioengineering. for those who don't know, it's a giant thesis project they work on all senior year with a faculty advisor in their discipline. they have to research and write a 75page+ paper, interviewing several experts in the field they choose. it culminates with an all-day tour de force of half hour presentations by the seniors on their topics, which are juried and judged by experts from the community. he did very well, this is the last thing they HAVE to complete at his school to be able to graduate, so now he is clear for takeoff!

zoe has started swim. this means we never see her anymore. (zoe and evan leave for high school at 6:45am, she returns on the late bus at 6:20pm) her first meet was last weekend, she had to swim back for 3, the only one. she is doing very well, now she just needs to work on her focus, and not freaking out when her coach puts her in by herself (she is used to swimming anchor in the relays like last year, but now she needs to start working on her solo swim times.)

both zoe and zane got promoted to jr zoologists this year at the zoo. this means they are already working weekends, and they have moved from showing animals to the guests, to fully caretaking animals in different blocks. (right now they are on the starter block taking care of small mammalian animals like possums, hedgehogs, chinchillas, etc etc.) what this means for us is a lot of driving to the other side of the city. i don't mind tho, ocean beach is one of my favorite places to run, and i like doing it at low tide so i can collect sand dollars.
Collapse