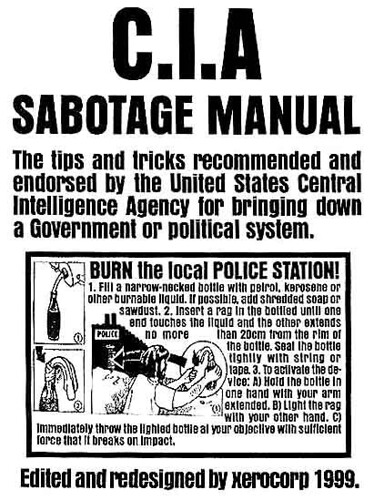 The original document on which this one is based was a sabotage manual produced by the United States Central Intelligence Agency for distribution in Nicaragua in the 1980’s. It was hoped that if enough disenfranchised individuals undertook activities that subverted economic stability, the Leftist government would be more easily overthrown. The manual described itself as “a practical guide to... paralyzing the military-industrial complex... without having to use special tools and with minimal risk for the combatant.”