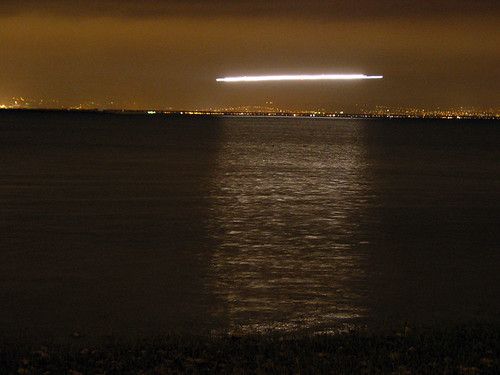 regul8, tehdely (who is visiting sf for some o'reilly conf), his friend and I went to Dorkbot. Beforehand we picked them up at the conf hotel near SFO and I snapped off some shots of planes taking off and landing (very blurry shots at times since it was FREEZING and I had no tripod) I am going back some night this week armed with a tripod, several hoodies, and a flask of cocoa if anyone else wants to tag along. I will also be going some afternoon or morning over the next week to shoot some daylight winter plane pics. Spring is coming. Time to make shit again.