The Burning Pyre of the Archangel 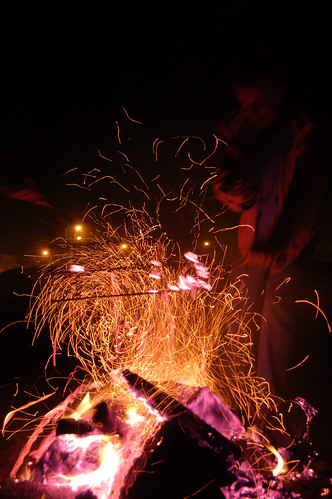 The Burning Pyre of the Archangel, originally uploaded by hep.

After getting busted by the cops, we built two fires, one the secret drinking at fire, and the second the Christian Singalong fire which would give the signal if the cops were coming. The signal was "Where's my cigerettes?" leading to many amusing false alarms which we decided were disaster drills like in grade school. Duck and cover under your desks kids. Later when we ran out of wood, we abandoned the decoy fire and cannibalized it for the remaining partly burned wood. This is a picture of some of the logs being dumped off the grill that was used to carry them across the frozen wastes. [exp 6 (0.167 sec) @ f/4]