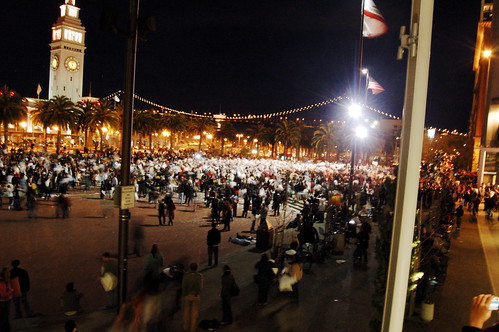 I shot this from the top of the stairs on EC4. The pillowfight was pretty much the same MostFunEvar event that it usually is. The kids had a blast beating the crap out of random strangers. And for all my longdistance epals who were unable to make it to SF or unable to brave the terrible VD rush hour traffic downtown, my good pal

bloopytest shot some video and edited together this amusing little piece that happens to use my fav Op Ivy song as the fight music.