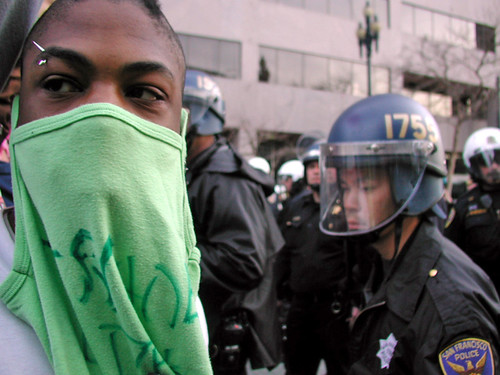 note #1: the above picture is not an animal rights activist.
note #2: i am mostly specifically talking about fulltime animal rights *activists* not just supporters of the better treatment of animals which i am all for. the fundamentalists.
note #3: yes i fully recognize all of my hypocrisy and privilege in all of this.
note #4: this is mostly condensed down from an unintentional aim rant that i went off on inspired by kelis's letter back to peta. but here we go:

privilege is the whole problem with animal rights for me, she is right, it is such a white privileged activist cause. one of the reasons they infuriate me so much more than the rest, is because there is no line of division for saved animals versus ones that it is ok to oppress. if you are top of the food chain you benefit from that, end of story. it is like white privilege. you cant "un be" white. so arguing about how certain animals being "protected class" when you benefit from billions dying every day indirectly is just so much horseshit. you either live in a tree in africa, only eat leaves, and never ever get to leave it, or you are benefitting somehow from the oppression of animals even just down to reasons like you live on cleared former animal habitat, petroleum harvesting and processing extensively harms the land its on, etc.

that is why they make me so angry, it is the most infuriatingly obvious example of activist hypocrisy. like im not a big giant hypocrite about shit too but these people can't see the forest for the trees and it drives me fkn up the wall. so many of them are the rampant fundamentalists, black and white, no shades of gray, and then there are the hardliners who believe that no animals should have any human intervention at all, no pets, no work animals, no zoos, etc. but they never stop to think about the chaos that actually enacting this kind of policy would ensue. all dog breeds will not just happily go free. cows won't just adapt back to being in the wild. many predator/prey relations on all sides of the issue will be irrevocably changed, and many species would probably be lost. it would mean the dieoff of hundreds of species immediately probably altogether, but those people just dont fkn think they are so busy being self righteous. this lack of forethought, consequences, etc, is what leads to things like the many instances of peta killing and then dumping the bodies. in essence, let's punish ALL the animals so that we can have moral superiority.

and honestly, hardcore animal activism seems like the most, for lack of a better term, juvenile of causes. simply because, sure when you are 6, 7, 8, EVERYONE wants to save animals. but that is because animals are cute. and lots of children assume that every other person in the world is somehow reasonably taken care of, and that, although you hear about wars and such, or bad accidents, you assume somehow those people are looked after in some fashion, because that is "fair". then you grow up and realize, oh fuck, life isn't fair. people just like me have srsly fucked up lives, some right even here close to me. and if you hold on to your sense of empathy, then your cause caring transfers to people you can help. unless you are some spoiled trust fund kid who never had anything actually bad happen to them, so they cannot comprehend that the people who have no rights, are dying, etc, are actually sentient beings who see and feel things just as intensely.

this is not to say that no one should ever speak up on behalf of the animals, but people like the sea shepherds, alf, etc, these trustafarian full-time activists (note: activists devote 50% or more (often 100%) of their working time towards causes. not to be confused with animal rights supporters who donate small amnts of time to causes, but often money) could be out actually helping real people and making a difference in actual, for sure sentient people's lives. i am all for animals are people too, but people are people first, and there are starving people in your own towns you could be helping, if you have all that time in the world to waste trying to free a dog you are just going to put to sleep.


and that is why they infuriate me.