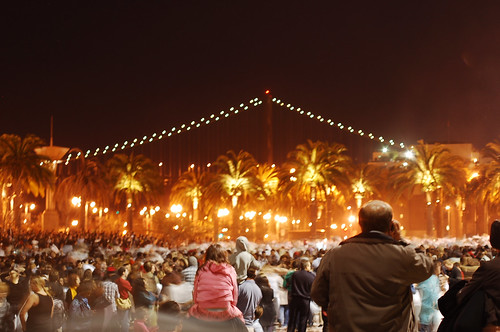 ok so, i am somewhat under the weather, shortly before going to the aquarium i figured out that the reason i had felt so under the weather for a couple weeks was that i had a kidney infection. i have been fighting my way through antibiotic unhappyness since then. so the pillowfight! feb 14th every year there is a giant pillowfight in downtown sf at justin herman plaza. we go every year, the kids really enjoy the chance to go pillow crazy. 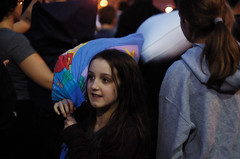 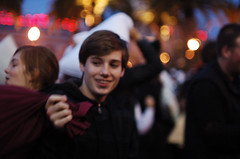 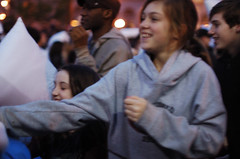 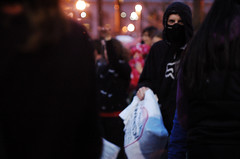 it was really fun until about 3/4 hour in a bunch of drunk frat boys started going full tilt on the children's side (the fountain side of the plaza is traditionally where small child "fight" so they don't get trampled or hurt in the giant crowd) and smacked zane in the face hard enough to give her a serious headache, and to cause us to fear perhaps she had a concussion. 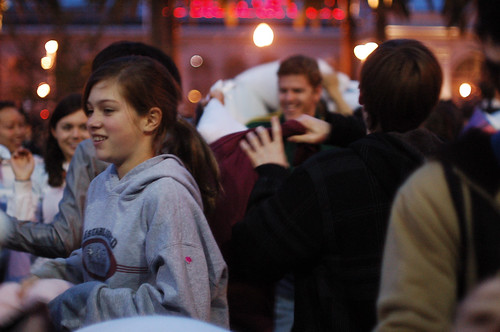 so we headed home to have her checked out and keep an eye on her all evening by staying up late and watching cartoons. she was fine pretty shortly after and remained in good health since then. 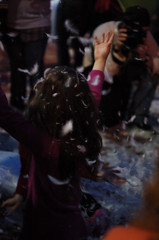 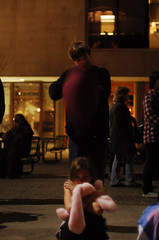 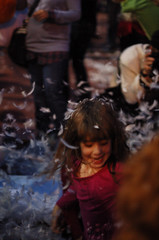 however the roughly hour that we were there was pretty fun. i got some okish shots, but being a short person in the crowd is a pain in the ass. i think next year i will bring a ring flash and try to shoot with that. 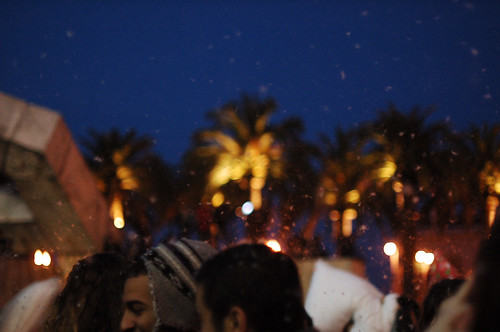 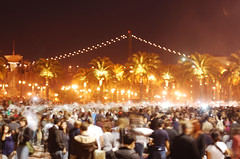 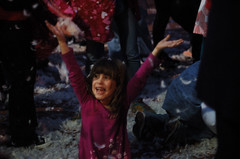 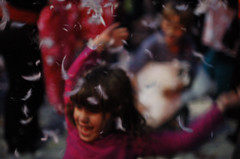 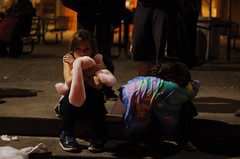 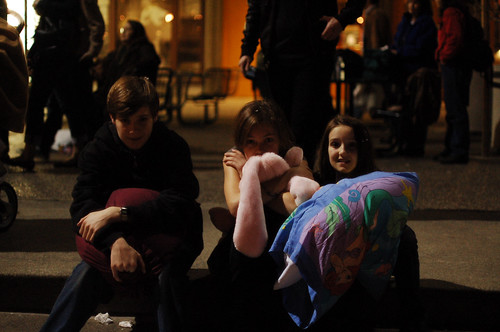 and here is a video that

bloopytest shot and edited together. his videos are always great because they totally capture that pillowfight feel.