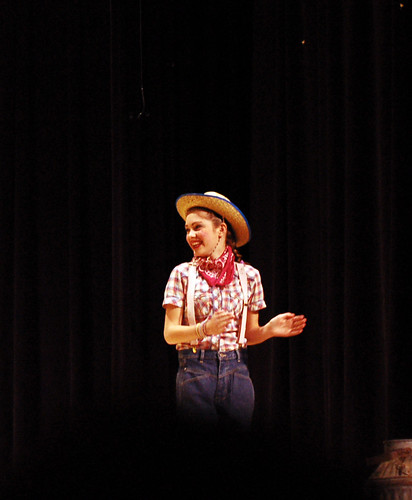 i warned you yesterday. i took 400pictures last night, and that was me feeling lazy and uninspired with a bad angle. can you all not wait for friday when i have full access to the front and sides of the stage? and 10 more lenses? I KNOW YOU CANNOT! 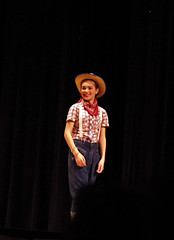 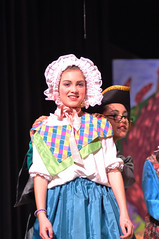 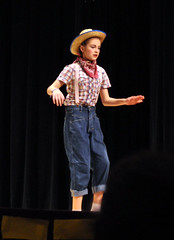 zoe had like 10 roles. she was a dancer for all of the dance numbers, and was a member of the lullaby league. she was not dorothy, but that is kinsey who we are all very fond of. 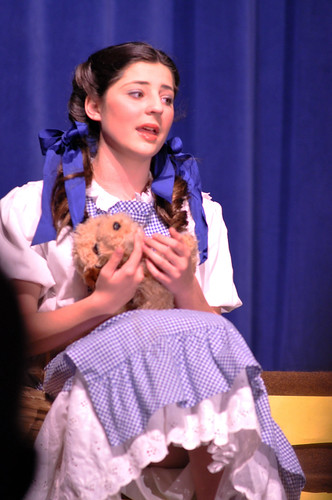 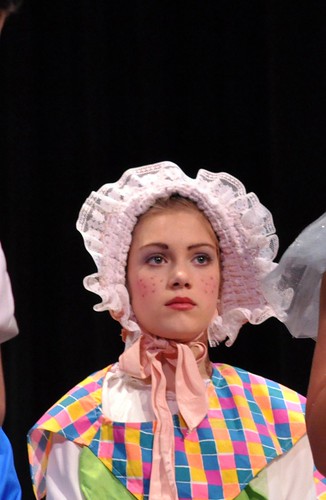 i was so proud of all of the kids. they put on a great production with decent acting for a bunch of middle schoolers. i have known almost all of these kids since they were born. it is fun watching them become tiny people from proto-humans. 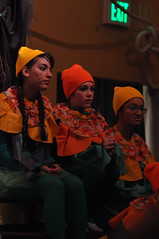 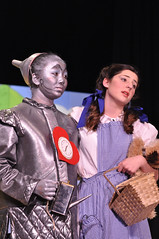 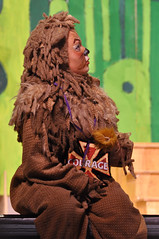 and i am also SO proud of zoe. she is the most shy out of all the children (classic middle child) and it is very hard for her to get up in front of people she doesn't know, or even people she does know. so for her to get on stage and say lines, even tho her lines were in unison with others most of the time, was a very big deal for us. she is the one on the right in these next 4: 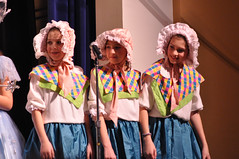 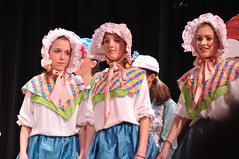 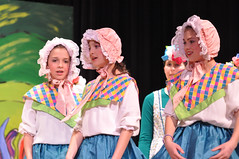 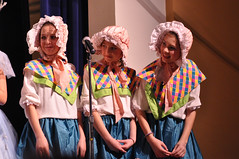 also we were super proud of one of evan's best and oldest friends, dylan! he played one of the biggest roles, the scarecrow. dylan is a pretty accomplished actor, his parents are both in theatre and he does a lot of plays and local theatre work. he definitely saved the show in at least one spot when the music got messed up with some nice improve! 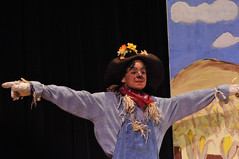 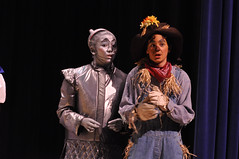 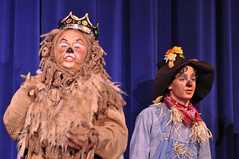 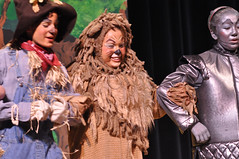 so i leave you now until tomorrow night when i will post 500 more pictures of the exact same thing, aren't you thrilled? also does anyone know if it is illegal to get your kid plastic surgery to make them more ugly because zoe is too good looking and i foresee this being a highly annoying issue in the future. jk jk i kid! :D 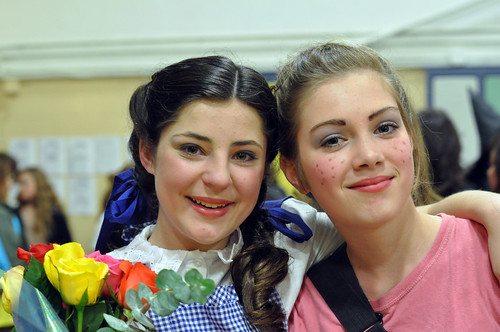 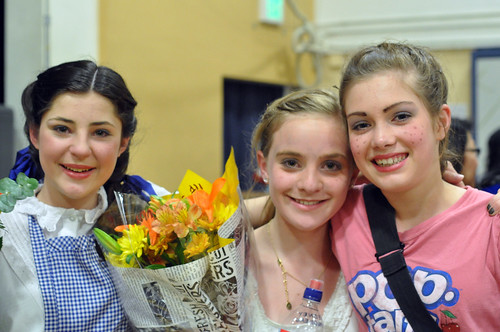