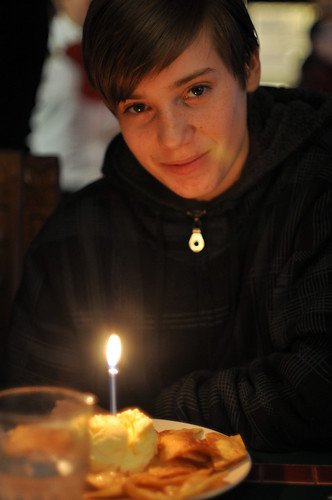 yesterday evan turned 15 years old! only one year until he can drive a car and i will never have to drive the girls anywhere ever again. i either send him to drop them off or ride in luxury being chauffeured around while distracting the driver with endless anecdotes about what happened to me in bioshock2 multiplayer. 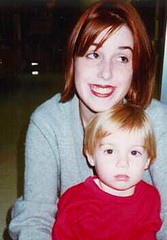 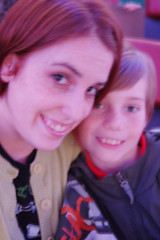 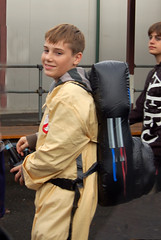 how weird to think that i have a 15 year old, that seems like such a big number, even tho i have excitedly been saying it early for months. "i have kids your age" followed up with "emotional age" is such a great irc insult. when evan was a little baby i often thought and wondered what things would be like when he turned 15, and if he would still be the same sweet adorable baby that he was when he was 1. it seemed so far away, and really time passes so quick that you better take all the pictures you can or you will forget in the endless wave of days when you are too busy trying to get 1095382829382 things done while getting/trying to get the children fed, washed, clothed, schooled, learned, fed some more, and socially cultured. 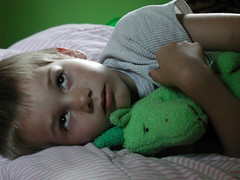 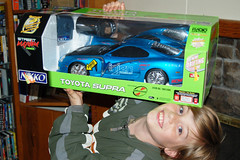 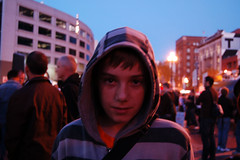 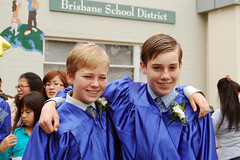 evan is the awesomest of sons. he is super responsible, while also being a lot of fun to parent. he is always good-natured and up to try new things. he is a big help around the house and almost always has an extremely positive attitude considering he is 15. as i often tell my parents, look, when i was his age, i moved out from BOTH your houses and was busy getting pregnant, so quit being so picky with him and enjoy having a well-behaved grandson. basically he really did stay the same sweet good-natured little person he always was. he is even patient with his sisters to a certain extent, i know they drive me crazy often enough. 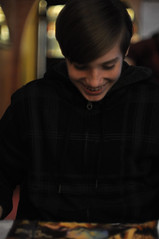 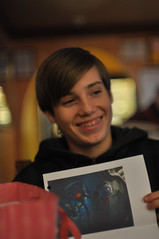 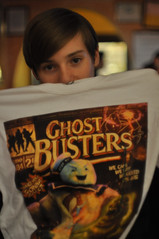 anyway i was going to update yesterday on his actual birthday but we went out for birthday dinner at celia's where my parents and i both went for birthday dinners as children (back when it was maria's!) and ended up being out late so i did not. he got some awesome swag like a ghostbusters shirt, a jhonen vasquez poster for bioshock2, a new phone, and a new computer he gets to spec out himself from his dad. spoiled much? 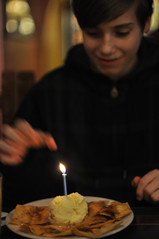 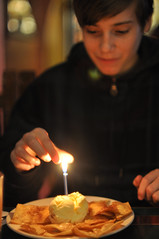 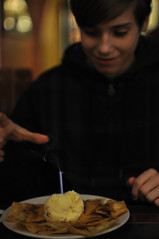 this is how 15yr olds put out candles.