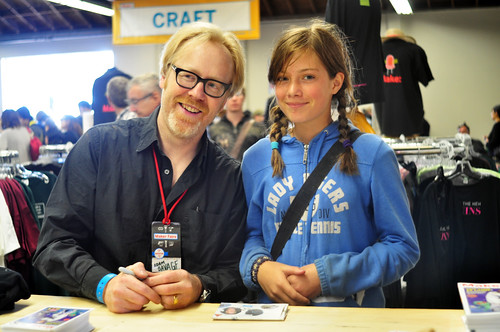 expect quite the longer pic filled post tomorrow, but for now a quickie to report that zoe got to meet one of her alltime heros today, adam savage. i don't know if you can tell it from the pictures, but she is about ready to explode from happiness, and it was pretty much all she talked about the entire day both before and afterwards. 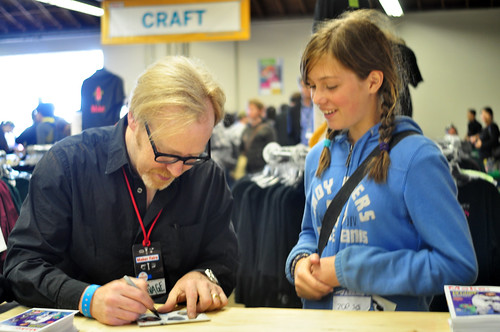 we are a big mythbusters family, being a family of sciencey nerds. many people are super into mythbusters, but it holds a special place in our family as the show that brought zoe back to loving learning. there was a snafu early on in her schooling career that turned her off the idea of school, and it was a lot of hard work to get her interested in education again. the two shows that made this possible were mythbusters and carefully screened episodes of csi. 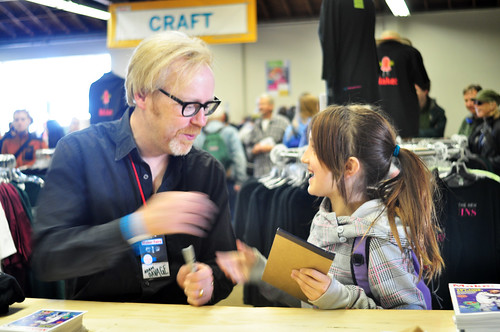 we spent all day with the girls at the maker faire and today happened to be the day that adam savage was speaking. after his talk we raced to the area where he was signing autographs. i doubt he realizes that today he totally made one of some kid's dreams come true, but she has always talked about and hoped to run into them around sf, or somehow get his autograph. it is also a big deal for zoe to approach a stranger on her own. zane of course was super excited as well, the entire mythbusters cast is very beloved by all of the children. 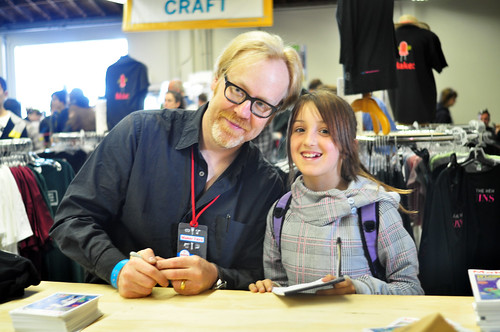 i hope your day was as awesome as ours was.