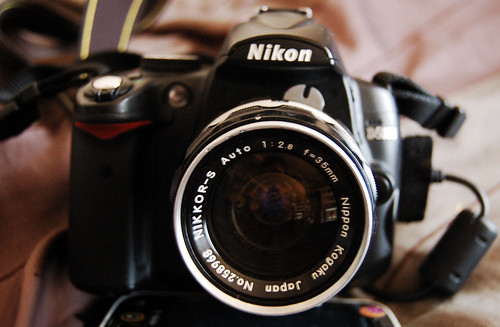 i bet people thought this would be about a boy. HA! too bad i don't define periods of my life by who i am dating at the time! ok so, this is a bit of a lie since my FIRST first love was ponies. actually, technically, it was firetrucks, which i also wanted to *be*, but i was six at the time so cut me a little slack ok. however, when i was about 7yr old, my mom married my stepfather, who had an awesome older sister who was a painter. my aunt zane knew all kinds of art mediums, and she understood that even tho i was a pretty good drawer for a 7yr old, my lack of steadiness was frustrating me and hindering any sort of real artistic development. so she gave me an old canonet rangefinder that did full manual as well as semi-auto. she also provided me with several rolls of film, and best of all hooked me up with access to her mail-order development account. this meant that instead of paying the (prohibitive to a small child) retail development costs of $10-15 a roll, i was able to scrounge change by doing odd jobs and develop for $3 each. 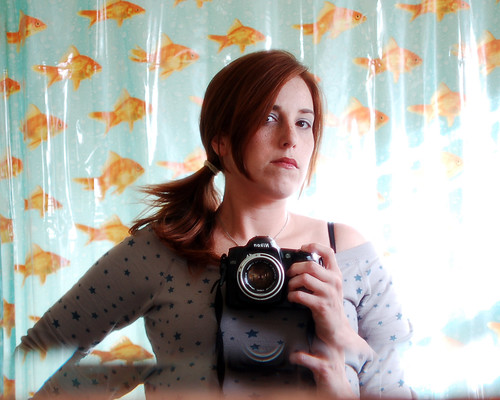 i continued on with photography through high school where i worked on yearbook at three different schools (complicated!), and apprenticed to one of the top wedding photographers in two counties (he also did formal dances and high school senior portraits thru the same two counties). it's funny because, also when i was 7, a month or so after my aunt gave me the camera, i saw my first computer and started programming for the first time (logo and basic of course). computers are definitely a close second love to cameras, and most of my life i have spend moving back and forth between the two with my focus. i have often felt that computers fulfill the ocd analytical side of my personality, and photography fills the artistic expression that i need. however, we all know i picked photography because it is the laziest art form there is, which is why i don't really take positive professional criticism very well. i figure, after some 17odd years of working professionally, i should probably know at least a little bit of my shit by now.

funfact: when i was in art school, i was actually an accomplished sculptor, which i probably would have stuck with if i wasn't so lazy/didn't have three kids (not that i am regretting! just kids take up a lot of time and sculpture demands a lot of work per piece, and you have to output a lot per year to start building a rep). i can work in all kinds of mediums from soft moldable forms like clays and polymers, to carving mediums such as wood and stone. as i told irc today, when i worked at chuck e cheese (i was the rat) i would mold faces into the giant pizza dough ball every morning before we put it in the walkin prior to batching it up to rise. i would usually try and get coworkers or famous people making funny expressions. pizza dough is somewhat hard to work with, but would hold the face shapes surprisingly well for a bit before the whole thing would soften. sometimes we also made giant pacman.