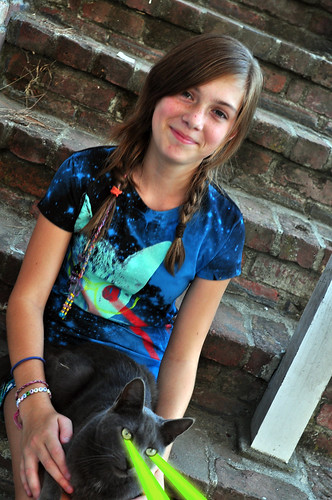 lasercat (zoe back to school) , originally uploaded by hep.


these images are a little late. what can i say, i have been busy. 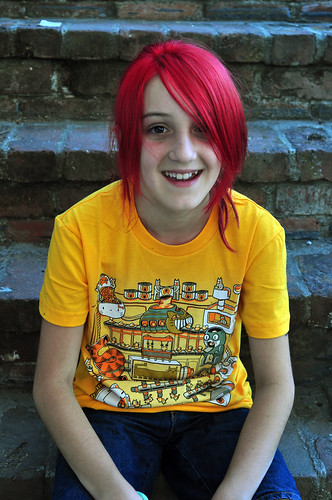 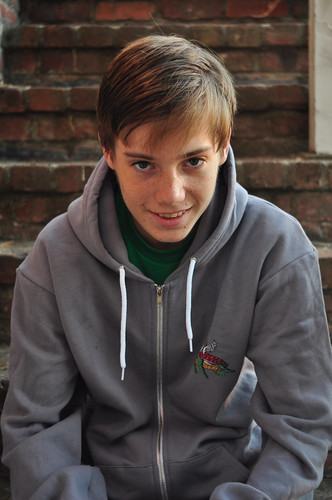 evan is starting his sophmore year. he is already complaining that it is a lot harder. i lolled. this year he is mostly focusing on keeping his grades at stellar levels, increasing his spanish so we can talk behind the household slavs' backs, and finishing his required community service for all four years so we can start racking up extra time. we are going to split comm service time between glide and when he turns 16 next year he is going to start candy striping at the children's hospital. we both figure this will look really good for pre-med on college apps. plus at this point he has 3yr at glide racked up, so 5yr at a soup kitchen, and 3 yr at a hospital should look nice. 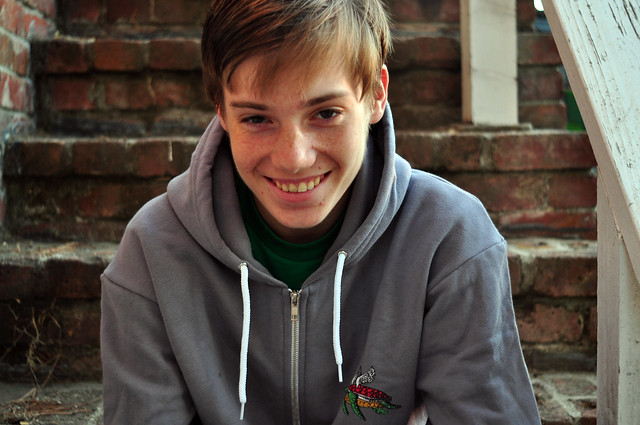 zoe is going into 8th this year, finally she is the big fish in a little pond again. she wanted to do the play again this year, but they are performing "my fair lady", which is an awesome play don't get me wrong, but 2yrs ago in the play they did "our town" which was a mashup of several plays including large portions of "my fair lady", so she isn't very excited about it. instead this year the new music teacher will be running a glee club, so she is ALL over that with a vengeance. between that, yearbook, lunchtime kidcrew (helping at the little kids' school) and 2afternoons a week at glide, it looks like she will have a busy year. 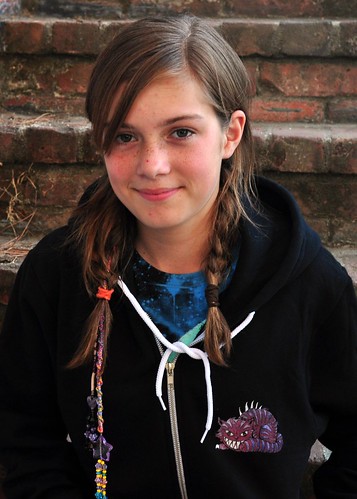 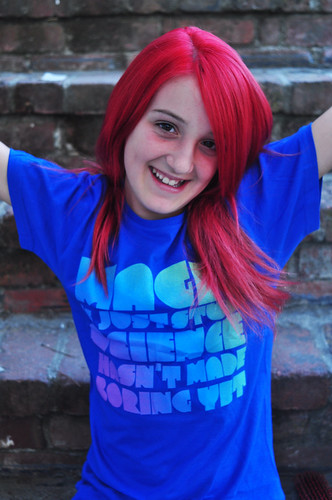 zane started 6th this year! she was pretty nervous about going up to the middle school, but also super excited. as you can see, she dyed her hair red at the end of summer, something she has been wanting to do for a long time. it's funny how totally natural it looks and seems. she is working on extra chores all year so she can keep herself in hairdye (i will only buy her dye every two weeks if she is really on her game. it's not expensive dye at all, $6 a bottle and we already keep developer, gloves, etc, under the sink for hairdying friends and family.) she doesn't really know what she wants to do electivewise at school this year, but i am betting it will be art and newpaper. she did the newspaper at the elementary school for 2 years and did a great job. she has been getting more into photography lately (i let the kids use my old dslr and slr bodies so they learn real technique. none of this point and shoot and green arrow mode crap for my kids ok) so she might end up doing year book as well.

hope all my other flist parents are having an easy back to school as well!