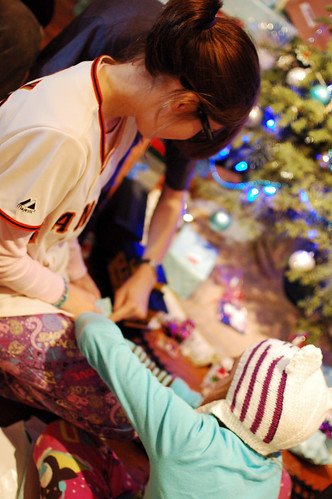 
merry hepmas epals! i hope you all got everything you asked santa for. sorry for not posting this yesterday, after a full month of rushing around, massive to-do lists, and an endless parade of last-minute errands in the past week, all i did yesterday was lay around and rewatch season 1 of the big bang theory. it was so nice to just relax without feeling guilty, and having seen this sentiment on many of your recent entries too i know i was not the only one. at the end of the week we need to start on next month's big stresser, the science fair. but until then i am going to eat leftover cake balls, play all the lego games, and generally try and recharge my batteries before diving back in. 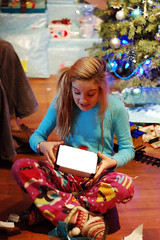 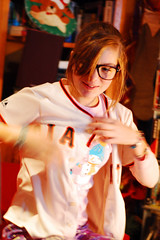 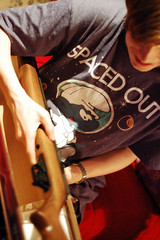 the children really made out like bandits this year. evan got a .22 air rifle, so now he gets to be on raccoon patrol at nights when they go for the chickens ("just one pump evan. i don't want to have to deal with a dead raccoon!"). he also got a bunch of cool tshirts, a ghostbusters busting pacghosts hoodie, a 42 towel, and a sonic screwdriver screwdriver. Zoe got a real mlb giants jersey with buster posey's number on it, a new bedding set in purple, a pair of purple vans, and bright red hair dye. zane got a new phone (the mytouch slide), purple hairdye (which looks AWESOME), and a giant stuffed wolf which she named Mr. Wolf, in her classic stuffed animal naming scheme. all of the children together got the new harry potter lego game, and will be getting a galaxy tab as soon as some household adult decides to deal with deciding on all the options (one,two,three NOT IT!) 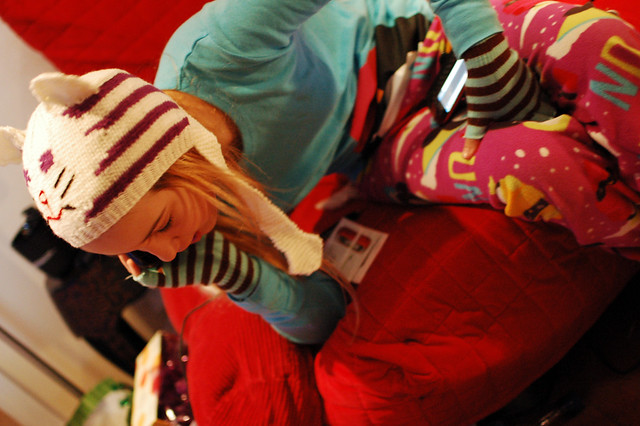 this year i am pretty sure i won the gifting game. i really love giving stuff. i put a ton of thought into each gift and really do my best to get not only something that the other person likes, but something they will actually make use of as well. i got gorgeous handpainted aprons for my MIL, possible future MIL, and my sister. i got a beautiful pewter belt buckle for my dad that says "RETIRED", along with a giants world champs cup and shirt set. for the kids' dads i got cj a beer cup that is a chemisty joke, and for yoshio i got him these decals for the sides of his kitchenaid mixer that are flames like on a classic car (he has wanted to do this for years). 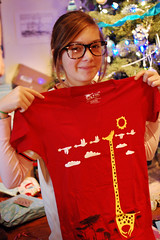 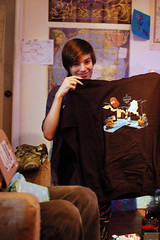 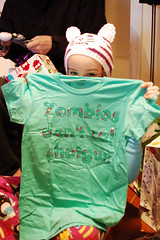 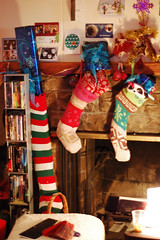 my favorite gift was for my brother in law, he is a notorious prankster incapable of taking life seriously. zane made him a coaster (which was their crafting gift this year) that said "Dear Santa: I can explain...", which totally sums him up completely. we got him an annoy-a-tron, a tiny electronic device that you hide which lets off intermittent sounds which drive people nuts. i am positive he will make excellent use of it. for yuriy i got him a set of bike baskets for his bike that he has been wanting for forever along with a bike cargo net. funny story: every year i spend months researching and finding the perfect gift for yuriy. and every year, without fail, he orders that perfect gift for himself right before xmas (or his bday/annv/any gift giving holiday) which means i need to ruin the surprise. this year was no exception. i used to get mad, but at this point it just makes me lol. i also got him a nifty backpack/chair/cooler all in one, that he can use for fishing (take beer down, bring fish back, keep everything cold) 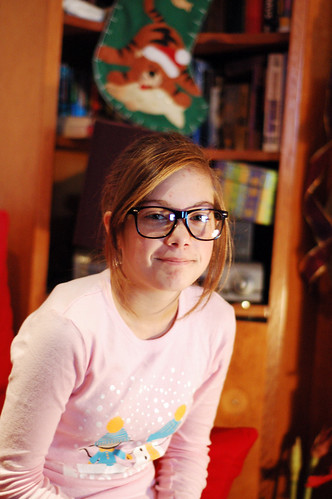 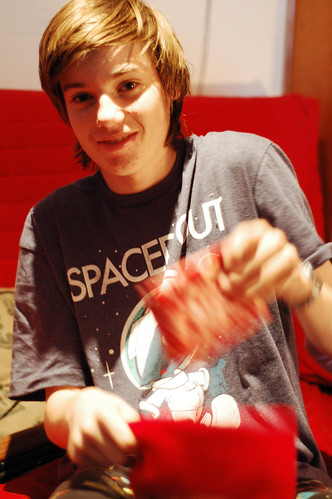 i got some pretty awesome gifts as well. my step-dad got me a 50mm f1.8 prime. yuriy got me a 35mm f1.8 prime. yoshio got me a set of zykkor ir filters which are awesome. lately i have been having trouble with eyestrain after shooting for a few hours (i tend to shoot full manual on older full manual glass. this means after awhile of looking super intently to make sure everything is in focus, my eyes just won't focus anymore no matter how hard i try. it's like they are saying "FUCK YOU! THESE MUSCLES ARE *DONE* GOOD LUCK WATCHING TV LATER YOU JERK!") so lately i have been not as into shooting because of the headache and eyestrain i know is coming. having a set of af lenses at home means i also don't need to put on my contacts if i am just shooting around the house, and that other people can, you know, use my camera without me having to teach them the finer points of split prism focusing. of course, my hate for auto-focus has been MASSIVELY rekindled, but it's nice to know that i have more options now at least. fighting with af is much preferable to not being able to shoot at all because i got lotion in my eye and can't wear my contacts (like on xmas eve). 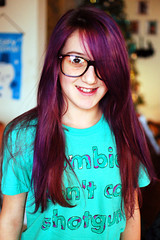 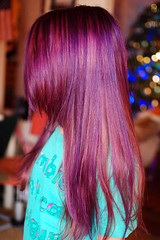 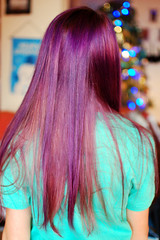 one of the xmas traditions in our town, is that on xmas day santa rides to every house in town on the old classic firetruck that we have. it is pretty awesome, and the same santa has been doing it for some 10+yrs now. so he knows not only all the kids' names and schools, but what they like, what their personalities are like, and generally all about their lives. i remember seeing santa myself here as a child (for those who don't know, i live in the same tiny town i was born in, and my entire family on all three sides (both parents, and step parent, my step-dad was my mom's third grade boyfriend) is from here. not only did i go to the schools my kids go to, but my parents did, and my parents' parents, and in some cases my parents' parents' parents, onwards, etc. one of my ancestors was a daughter of one of the five families that founded this town) and it was always so much more magical than the mall santas, because he KNEW us. 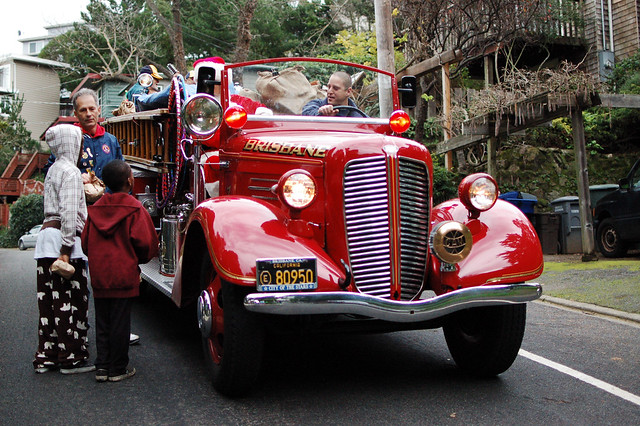 our kids love seeing santa too. even evan still likes it, tho he won't sit on santa's lap anymore as "embarrassing pictures show up on facebook shortly afterwards" (his words). our other xmas tradition is dim sum downtown in chinatown for lunch, which is also a great amount of fun. 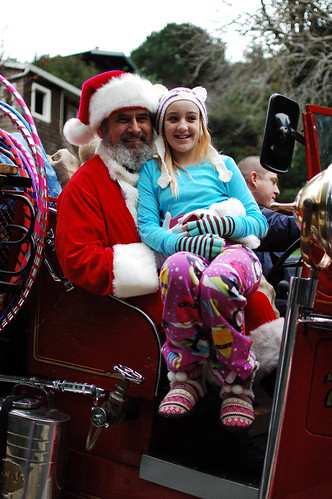 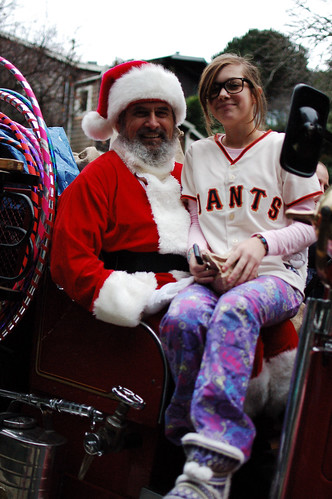 this year's xmas eve party was amazing as usual, and too much fun. our house gets overfull with people and food (usually we send everyone home with leftovers and still eat for two days on them ourselves. we cook for about a week to get ready for it. there are usually over 50 people invited) it's always so much fun to have our friends and family there together. it's nice for me personally too, because from september to february i am unreasonably busy, and aside from new year's eve it is really hard for me to get time away from family and responsibilities to socialize with my friends. first school starts, then halloween, then kthxgiving, then xmas mean i am basically always organizing, making, creating, cooking, or otherwise engaged in child-related responsibility. so i love having an evening where i can see my friends as well as my family and share my life with them. as all of the children said "Best. Xmas. EVER!" and i hope it was for you and yours as well! <3