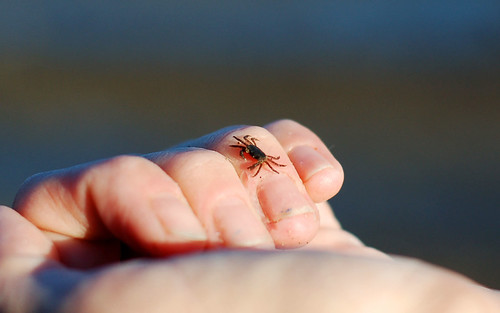 lately yuriy has been on this huge "catch my own bait" kick. so we have been ghost shrimp pumping. (also funny: the conversation they have with the onlooker at the beginning of the video, that happens at least 2x everytime you go shrimp pumping. "what are you doing?" "shrimp pumping." "do you eat those?" "no we use them for bait". too lol). so we have been spending a lot of time at beaches walking up and down examining the shore. 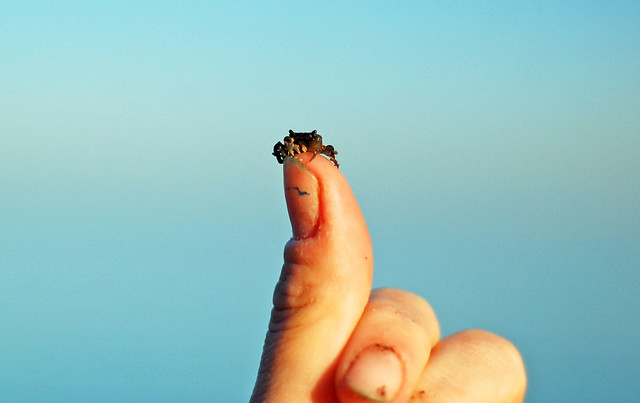 i get bored of pumping shrimp. the gun is not sized for short people, so i have to stop halfway thru each pump and pull it up hand over hand. which i don't mind for an hour or so but after that i get tired. so i spend a lot of time turning over rocks and photographing what is underneath. 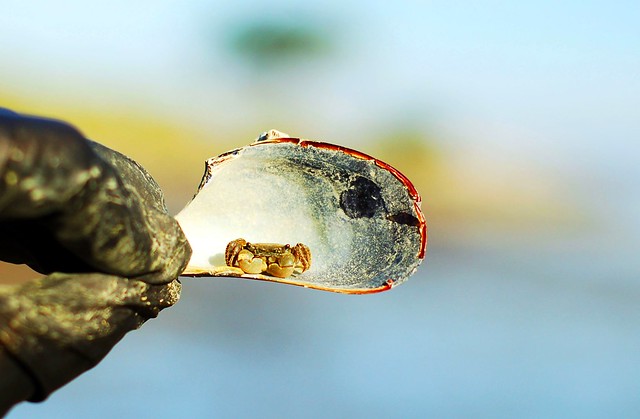 san francisco bay is home to the delicious dungeness crab. baby dungeness crabs start out their life cycle as planktonic creatures traveling on tidal currents and larger animals, but eventually they make their way to estuaries where they will remain for much of their juvenile period. at this point the tiniest of them is smaller than a deer tick. 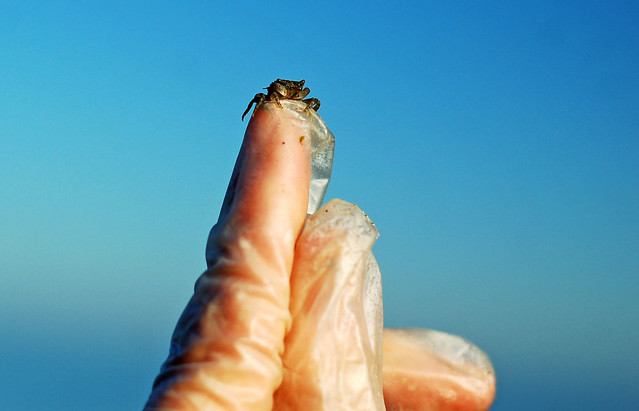 some of these were just too tiny to focus on. next time i will pack a macro lens and a speedlite kit. they also move very quickly for such tiny creatures meaning that i had to get my shit together quickly to be able to photograph them before they took off. we wore gloves for most of the time down there because even though it is a protected estuary people illegally dump all kinds of toxins and garbage (which leaks toxins) down there. i saw so many rusting leaking spray paint cans it's enough to make you cry. this spring i am going to organize some sort of bay trail cleanup movement if it kills me. 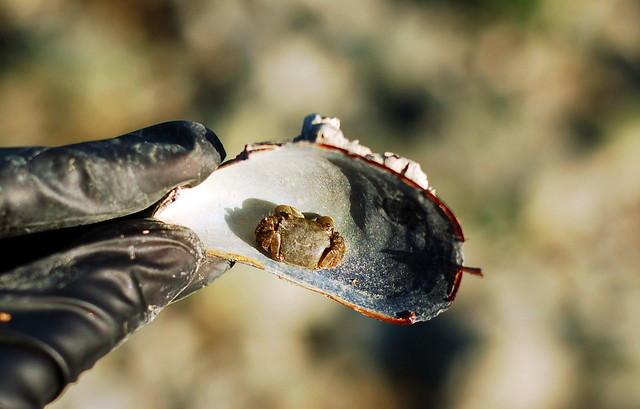 most of these crabs are too tiny to even pinch you. they range in size from smaller than a pinhead to a bit smaller than the palm of my hand. at that point they usually move to spending the majority of time in the water. as yuriy says, these are the jerks that eat all his bait. sometimes he will pull a line up and there will still be an adult crab hanging on and taking bites until he pulls it off and drops it back in the bay. 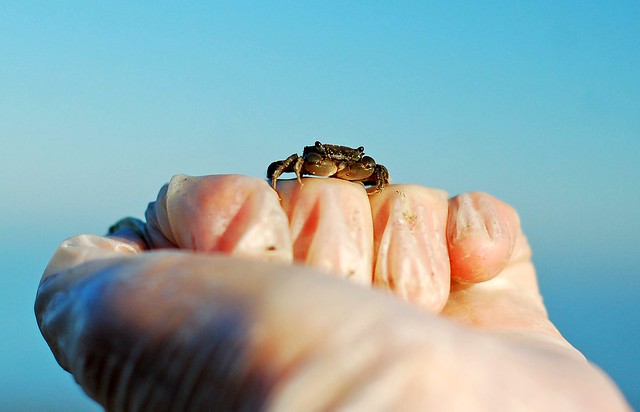 the most important thing to remember when doing this kind of photography, is to put everything back the way you found it. even leaving rocks overturned, those rocks provide valuable remembered places for a gigantic assortment of tiny creatures that we can't even see. even when shrimp pumping, we never take more than 10 shrimp from any shrimp bed at once, and never eggladen females (or even females at all really. i prefer to only take males.) tiny crabs are vital to the ecology of estuaries, breaking down organic material and dead animals quickly enough that it doesn't taint the waterways with putrefaction and decay. they also provide a valuable food chain food source for flounder, baby sharks, baby rays, and other bottom feeders and juvenile fish. 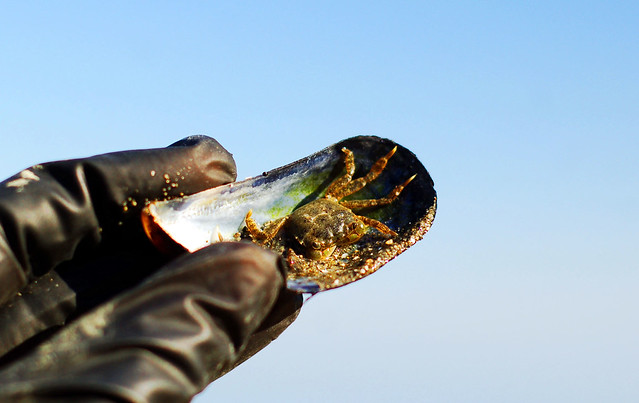 i highly recommend you click through to the larger sizes on these. they are so cute! and remember, my hands are smaller than a 6th graders (that is usually the age when the children's hands grow larger than mine) so these crabs are even tinier than you first realize if you assume this is a normal adult hand. 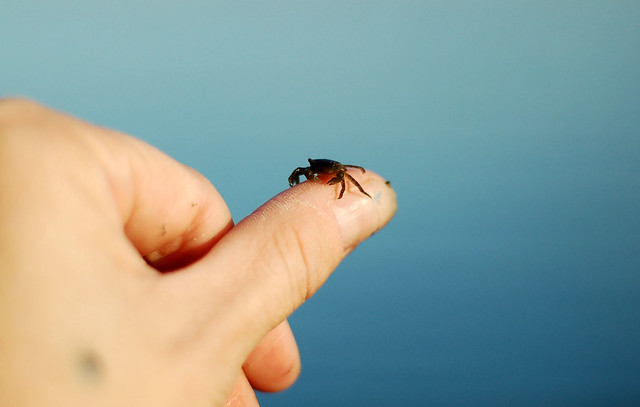 there are also many more amazing creatures waiting under rocks for you to discover them, i just like the tiny crabs best, and they are the most fun to photograph. plus i am too lazy to go thru the other 380 images that i shot to see if there is anything good. story of my photographic life people. i shoot probably 20x the volume of stuff i post here, i am just always too lazy/busy to edit any of it. however, if any of you locals want to hang out and i will take you to the secret million crab beach, drop me a line and i will totally make time. <3 tiny crabs!