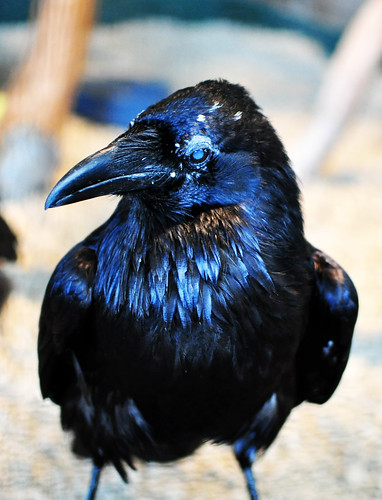 this my friends, is a blind raven who lives at the randall museum in san francisco, one of the best kept (FREE!!) secrets of the city. the randall museum houses a lot of animals who can no longer live in the wild due to being tamed by humans or injuries they sustained. this raven, besides being blind, is also missing several of his wing flight feathers. 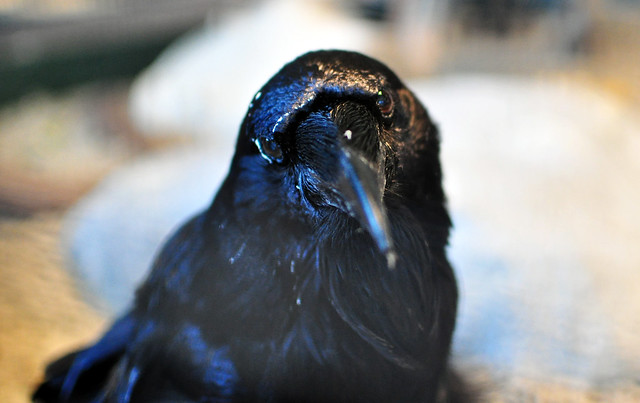 this is his partner raven, who has only one wing. he isn't very steady on his feet because one of his feet is also partially paralyzed. sometimes he loses balance and falls over, which is heartbreaking, watching him try to get up. but he has adapted very well, as most corvids are wicked smart, and he is able to not only hobble around, but to counter balance his one wing with his beak to push himself back up in the times that he does topple over. 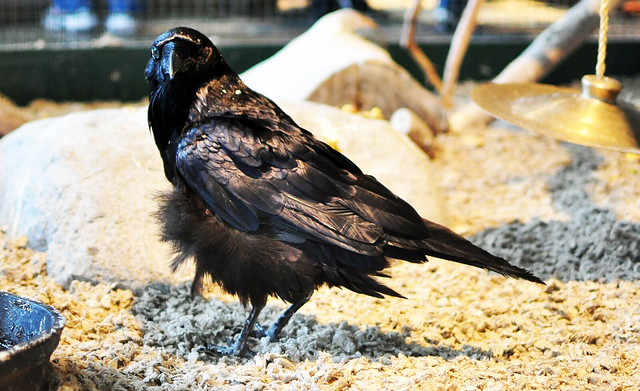 here you can see his mostly healthy wing, i believe some of his flight feathers are kept clipped so it is easier for him to balance when he flaps his remaining wing, as he is wont to do: 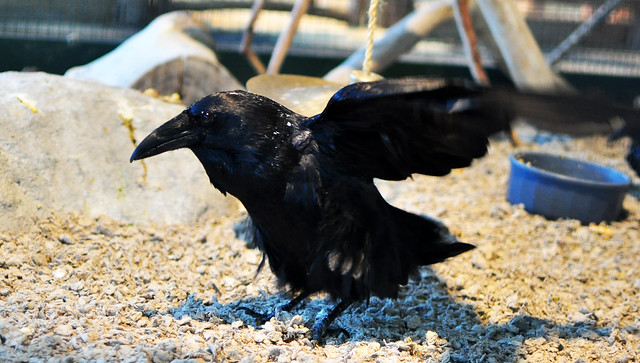 however, the blind raven is my bff. he follows me around the pen and tries to get out to inspect me. when i would move to the other side of the cage he would carefully make his way over no matter where i went. 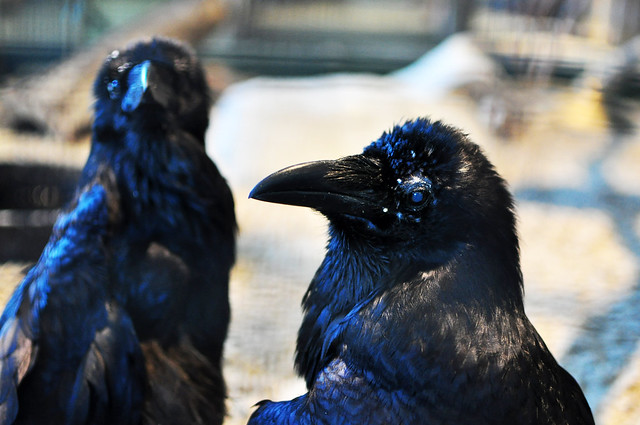 where, again, he would methodically attempt to get through the bars, after which he would toss the bedding on the floor around and test if perhaps there was a way through that way. what can i say, animals love me. it must be my animal magnetism right? hehe! 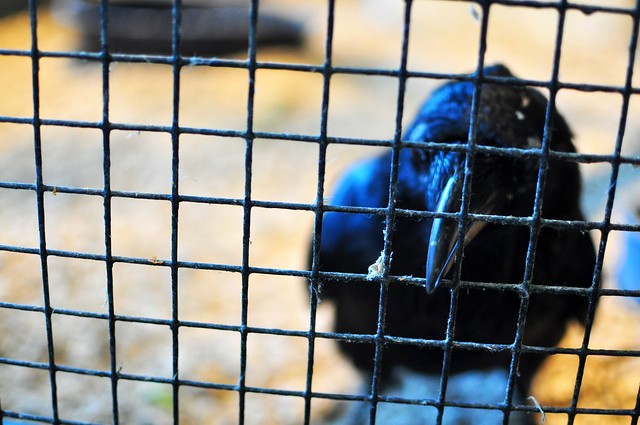 as with most people, i adore corvids. i enjoy visiting my captive corvid friends every few months at the museum. come fall when i get more free time i plan on adding an animal docent shift every few days to my volunteer schedule. if you ever make it to sf, i highly recommend you make the randall museum a stop on your list. 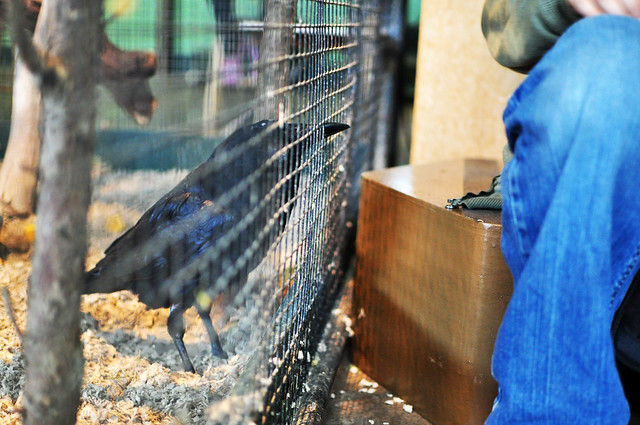 if you would like to see more images of the ravens, or of the crows, hawks, owls, and other birds the museum houses, head on over to my randall museum corvid, raptor, and owl set. <3!
Subscribe