what i did on my summer vacation pt. 1 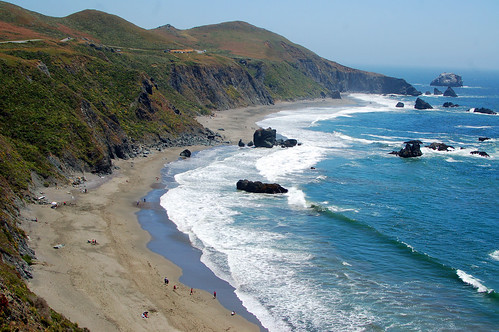 goat rock beach, a photo by hep on Flickr.

hi guys! long time no update. when i last left you i had just gotten back from the southern deserts (just because you reroute water there doesn't make it not a desert ok). this last weekend yuriy and i decided to head north to camp along the norcal coast as the kids were away at their uncles for a visit. so we headed up to spend the day at fort ross. 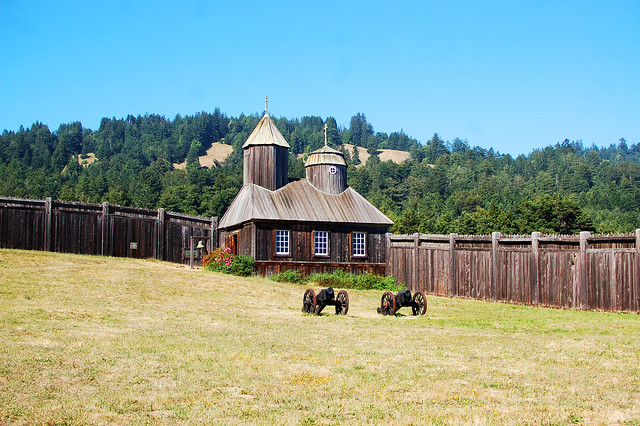 ft. ross is a historical fort where the russian traders settled (for russia) in the early 1800s. sometimes we joke that yuriy's distant ancestor was probably settling the fort while my distant ancestors were settling the sfbay valley over the mountains. for all we know it could be true since some of his family ancestry was russian fur trading and a lot of mine was chicanos settling in the valley for either mexico or spain depending on the era. 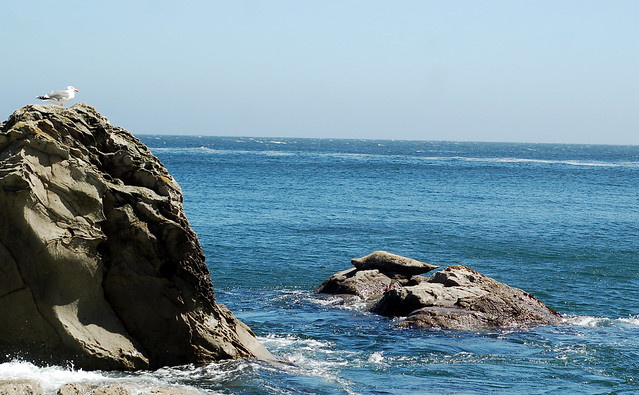 after hiking around the fort for awhile we headed to the beach. we saw this seal sunning himself on a rock, and a huge jellyfish swarm drifting into the bay. the rocks were covered with stranded jellies bigger than a dinner plate. 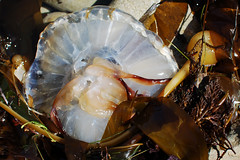 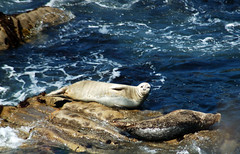 we then climbed the bluffs for a bit and found a lookdown onto these seals sunning themselves on some rocks. turns out they were sunning in the tiny cove because they had their seal pup with them! so we watched for about an hour while he played chasing games and constantly snuck over to bug the other sunning seals. 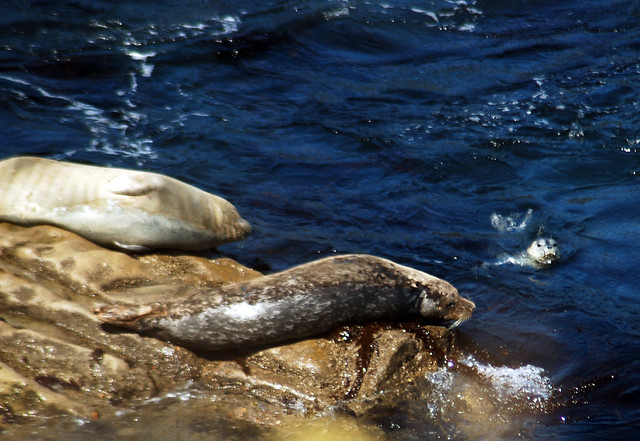 then yuriy did some fishing for about an hour. on his 2nd and 4th casts he caught two decent sized ling cod. AND he was fishing with his own, handmade, homemade jigs, which is pretty impressive since most people claim you can't catch ling cod on lures. only one was keeper sized, however we let both go. the first fish (the bigger keeper sized) was a beautiful iridescent blue under his mottling. 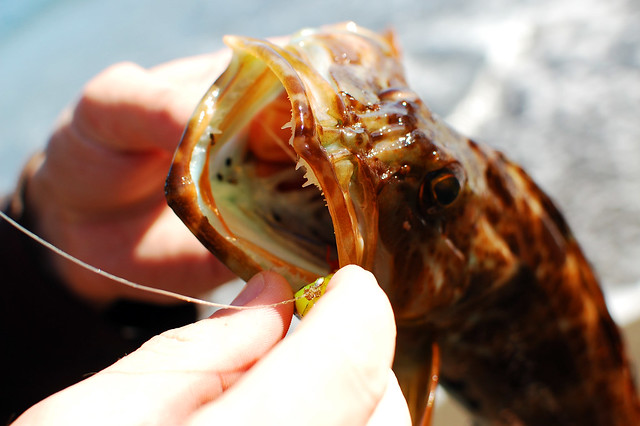 check out those teeth! 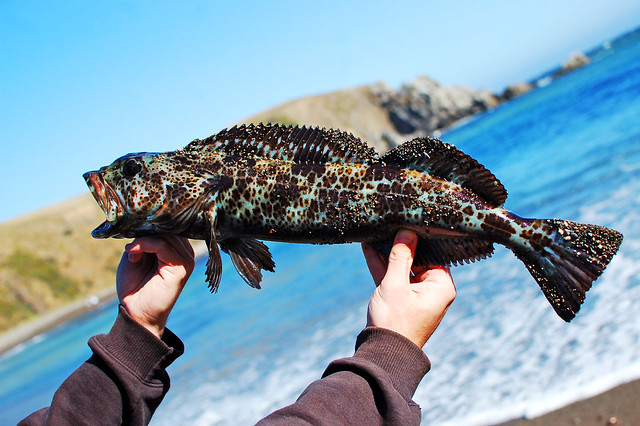 afterwards we took a walk in the cypress forest. cypress forest is one of my favorite kinds of forest, second only to redwood groves which are the all time best. 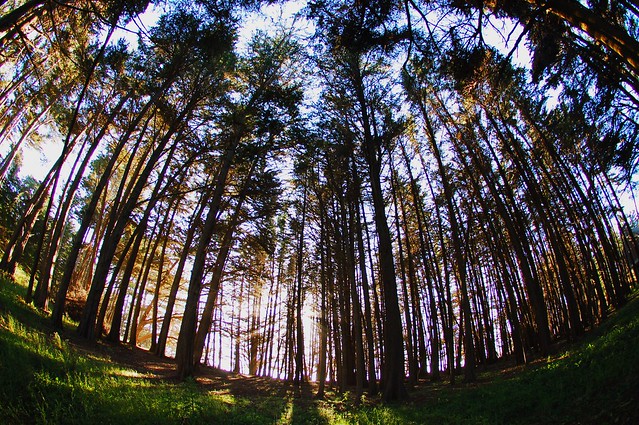 however late afternoon sun (aka the golden hour) gives cypresses a gorgeous mystery. 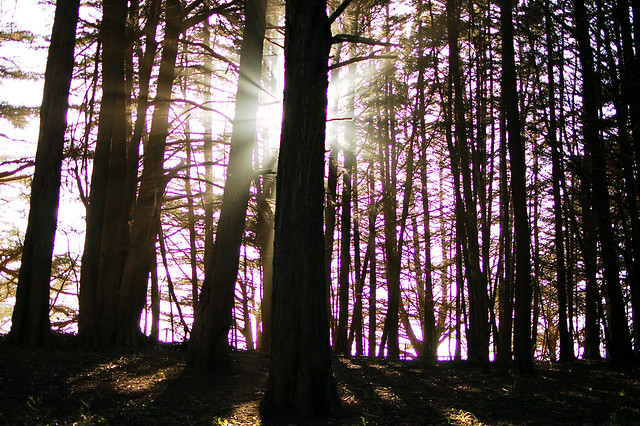 dinner consisted of carne asada & goat cheese fajitas cooked by the roadside on our camp stove, with a baby greens salad in raspberry-gorgonzola vinagrette with candied walnuts and goat cheese. pretty good eating for camping. 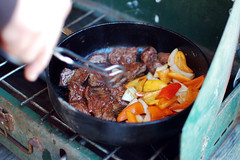 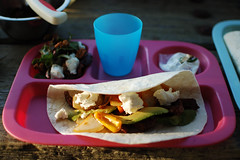 this weekend just reminded me why i love the northern california coast so much. i am very much constantly a product of two cultures, two households. but i am also the product of two areas of northern california. the city, where my dad has always lived and (my mom lived for a long time.) and norcal where my mother and stepfather live now (they live about 15mins from where we were hanging out all weekend. we camped on their back 100 acre field because why pay $50 a night for camping on top of a bunch of strangers when i can camp the foothills for free with only owls for company?) 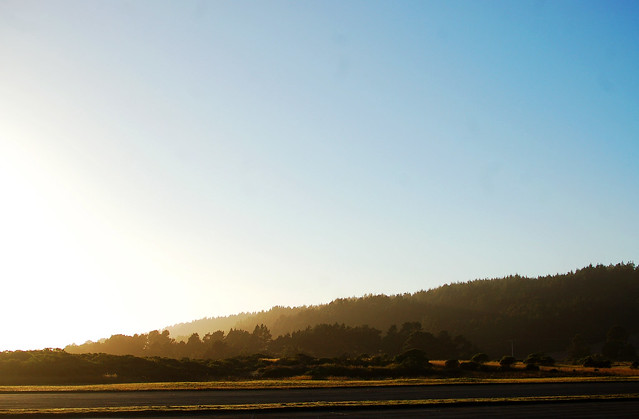 i love the way the mountain foothills tumble down into the ocean, i even love driving on hwy 1, 200feet above the sea, clinging to the edge of the cliffs on tiny little 1 lane snake winder roads. even tho sometimes it makes me a little unnerved to go past countless slides where the road is starting to slide out. it's still one of my favorite places in the world to drive. i just wish they would repave, and maybe bolster some of the road sinkholes, particularly the giant ones that slope towards the edge, on a blind curve. 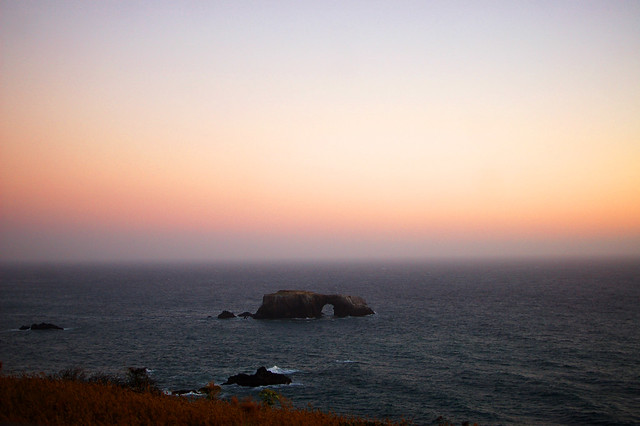 we will probably be heading back up this weekend, yuriy wants to go another round with the ling cod and rock fish, and i want to hit up this secret beach to try and do long exposures of the milky way (if the moon cooperates). 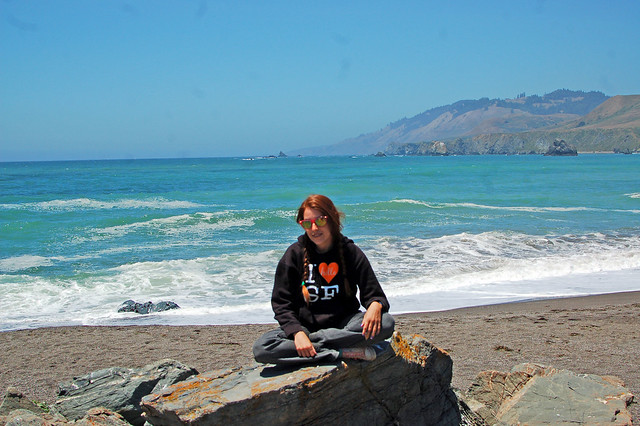 i hope you are all having a fun summer!!