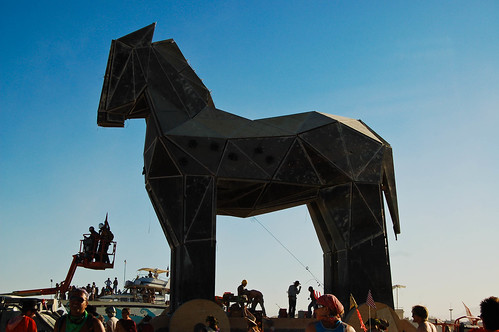 whats up lj. yura and i are back from burningman, finally, after spending almost 24hr attempting to travel what is usually a 6hr drive. between a long rv slowed Exodus (the name for the long trip back out of Gerlach, NV to Reno, usually hampered by RVs who can only do 40mph on a hwy where the speed limit is 70), an accident on I-80 that shut down the freeway for 2hr, and just generally being exhausted after a week in the desert that had us renting a room in Reno at a swanky hotel, it was a long and perilous journey. I shot over 1500 photos at bm which I have edited down to 60 (and let's be honest, i just got tired of editing. so if there is anything you saw me shoot that you wanted to see, you should probably nudge me about it so i get off my butt). I have decided to cut these up into a couple posts on LJ about my favorite art pieces. 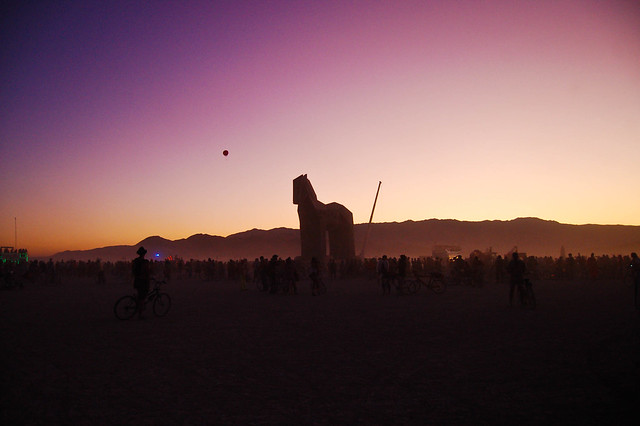 one of my favorite pieces was the 28 ton trojan horse that was on the edge of the playa. sometime on thursday evening someone or someones scaled up the sides of the horse and attached an orange and pink striped unicorn horn to its head. 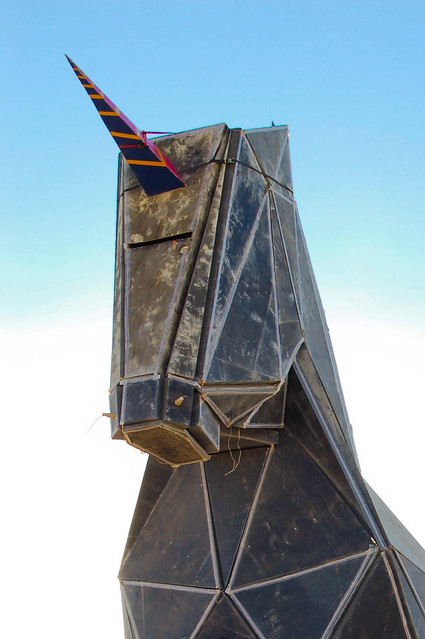 too funny. huge crowds showed up friday evening to the trojan horse burn. a large crowd towed the horse across the playa to the burn site with giant ropes. once in place the crowds partied into the late evening in a debaucherous artcar lit festival. 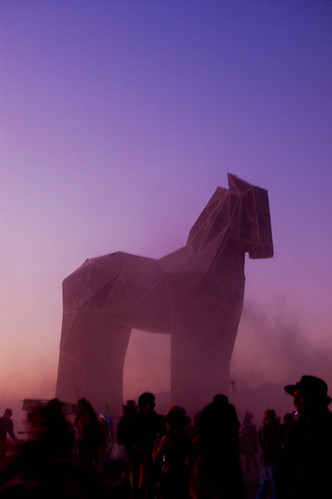 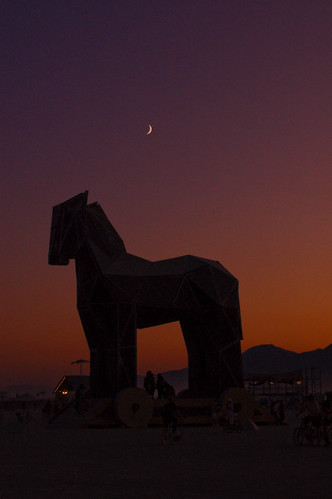 as midnight fell and the party reached its peak, several people dressed as ancient greek gods of fire showed up and shot the horse with a fire tipped arrow, which started the beginning of a fabulous fireworks show. thousands were gathered to dance and celebrate the end of the evening. 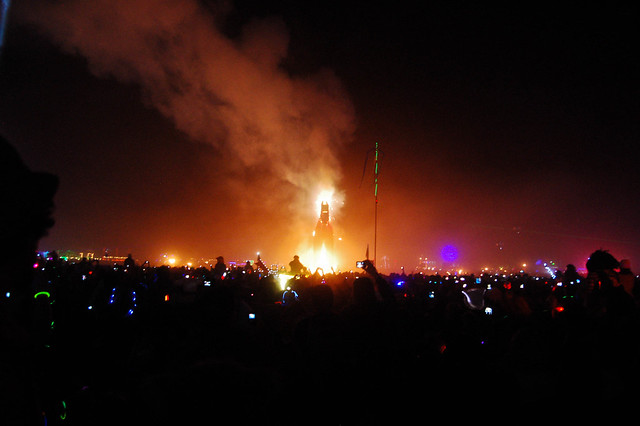 eventually the fireworks ended and the horse burned on into the evening. when we passed back through at 5am on our way back to camp from dubstep hell we saw people still sitting surrounding the smoldering embers, chatting on into the evening with friends and strangers. 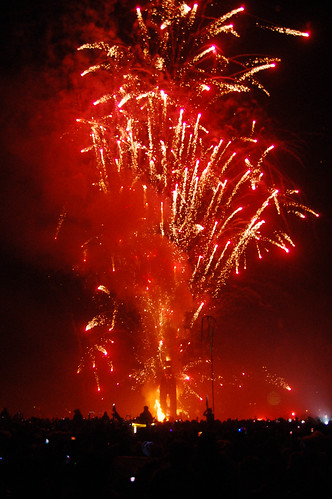 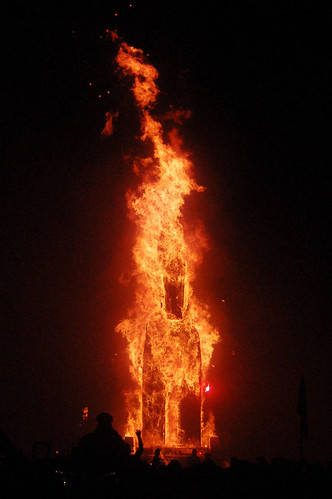 i only wish i had had a chance to see the inside and photograph it before the horse burned. however black rock city is exceptionally full of interesting things to see and do, and we were just unable to find a point when the horse was empty enough for us to visit the interior while we had time and leisure to do so. props to the builders tho, it was a truly impressive beast and absolutely felt true to the sense of the original trojan horse.