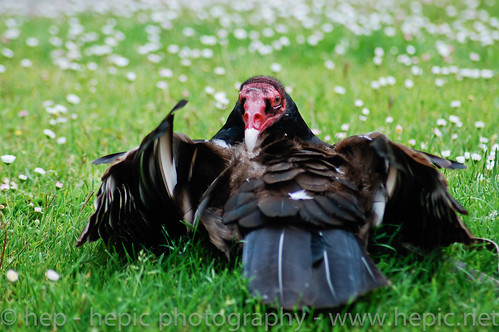 sup lj it's been awhile. i have been massively busy since i last updated. having given myself basically a week of healing post-surgery, i decided to jump right back into things busier than ever. the girls finished up the last of their zoo work in late september, meaning i will not be making it out to the zoo as often to do photo practice. i am going to miss spending the morning hours with my zoo bird pals, particularly the turkey vulture and the one winged golden eagle. 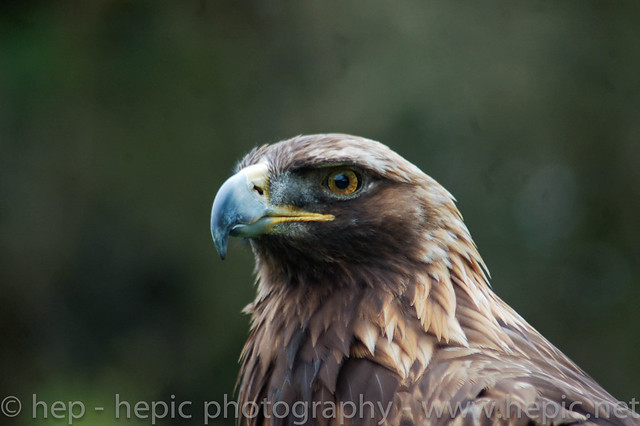 for my new friends, my two daughters work summers at the san francisco zoo. they are both still young, so they work on the Nature Trail. they educate zoo visitors about small animals which the zoo visitors can get an upclose and personal look at, and sometimes even pet! hedgehogs, possums, chinchillas, snakes, turtles, tortoises, and all kinds of other small mammals and reptiles, all of which the kids have to know detailed info about, both biological and sociological. zoe, being older this year, was able to work with the hawks on hawk hill as well, which is good for her as she will be going for her falconers license next summer (the test is long and hard so we are doing a year of studying and pretesting). 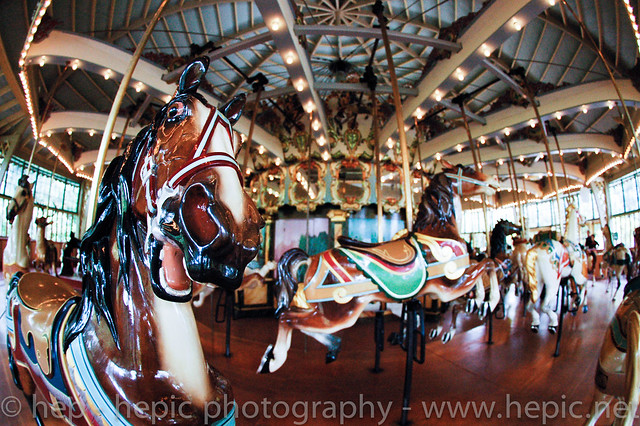 in another year zoe can apply to become a junior zoologist meaning she will be more intimately involved with care of other animals, not just the small mammals and reptiles. in order to prep for that, both evan and zoe are taking animal husbandry classes at the Randall Museum, which they will volunteer with the Animal program at when classes are over in a month, taking care of the ravens, songbirds, marine biology exhibits (mostly reef stuff, sea stars, anemones, corals), amphibians, reptiles, owls, and hawks. 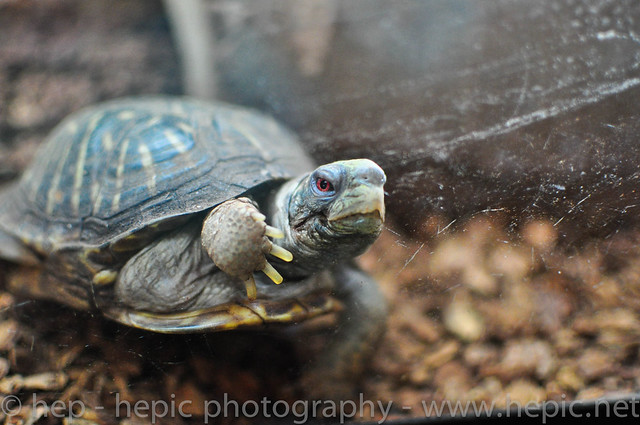 I am really excited for them, because by the time they get to college, if any of the kids want to work with animals they already have so much animal care experience that they will be able to put on applications. many of the kids who become JZs (jr zoologists) end up working with the zoo through college (usually at sf state, city college, or other local colleges) and then remain working with the zoo for much of their careers. it's like photography, if either evan or zoe wanted a career in photography they already have so much experience both from working as my assistants for so many years, and also their internships with adobe, and working as professional photographers over the summer on their own shoots. if you want your kids to have an above average chance at college, internships and volunteer experience in their chosen field will help so so much more than all the random extracurricular activities you can cram in there. showing that they have already been proactive about getting experience in their fields of interest and following what they want to do in life. apparently having the zoo program on your app, and a rec from zoo staff, is worth a kid's weight in gold to college admission boards for the fields of animal biology, zoology, or marine biology. 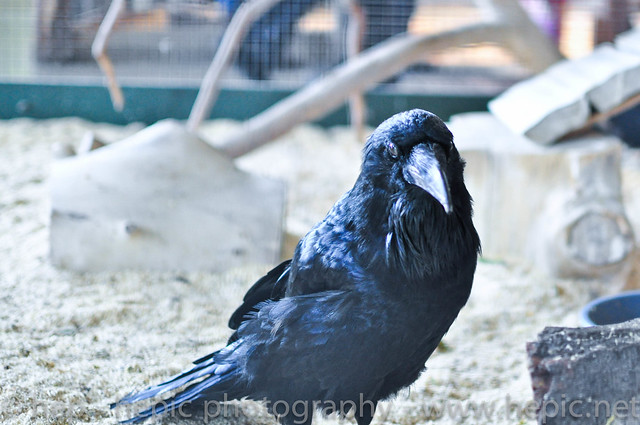 however due to the class my schedule on wednesdays is now insane. 530: get evan and zoe up and out the door by 645. 7: get zane out the door by 8. 8: walk zane to school with dog. bring dog home and put away by 9. shower in 5mins. go to farmers market at 915 with friend. 10: go to work until 2. 2: pick up evan from school 20miles away. pick up food for children. 245: pick up zoe from school (luckily only 4mi from evan's school). drive to middle of san francisco. 330: pick up evan's girlfriend from her school. drive across city. 4: drop kids at museum. kill an hour and a half, usually by driving to a bunch of stores or doing other errands in the middle of pre-rush hour. 530: pick up children. 545: drop raven (evans gf) off at her place. drive 15mi back to pacifica. 6: drop zoe off at cheer. drive 20miles home. 630: make dinner. do not have time to eat because i need to get zane done with homework/chores. 730: drive back to pick up zoe. 8: wait outside gym for 15mins cuz cheer practice almost always runs late. drive 20miles back home. 845-9: finally eat dinner. get zoe done with homework and chores. frantically get everything ready for thursday. collapse. 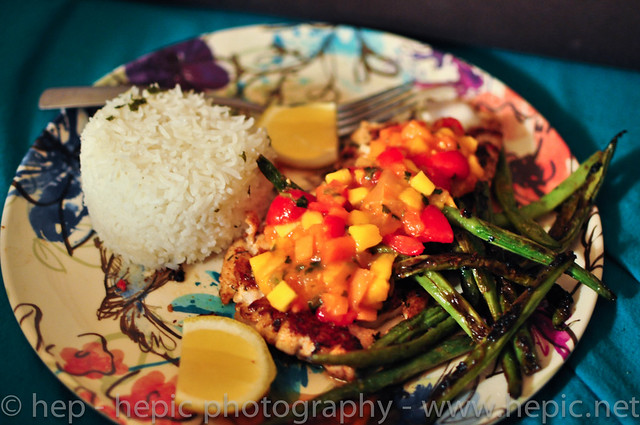 luckily yuriy is amazing and he has been making dinner for us on wednesday nights lately. usually grilled fish (he catches a lot of fish that needs eating) prepared in various ways. he is getting really into different ways to cook fish. he hangs out with the chef people at his work and they teach him little things to cook in exchange for him fixing their email or whatever small computer problems they (or their moms hehe) have. this is excellent because my method of dealing with being too busy to eat is to just not eat. this is how i end up losing massive amounts of weight without realizing it and then getting extremely sick. i just forget. and then the more i forget, the more spacy i am, and the circle repeats. luckily i think i picked up a tapeworm or something recently because i have been eating like crazy. i wake up hungry! how novel! eating in the morning? who knew that was a thing! (for newcomers, i wake up and take medication at 5am daily for most of my life which causes my stomach to be upset until noonish. so i have never really ever eaten in the mornings ever.) i would say i was pregnant, but i eat even less than usual whenever i have been pregnant. so, i am naming my tapeworm slimbo and we are going to be very happy together. 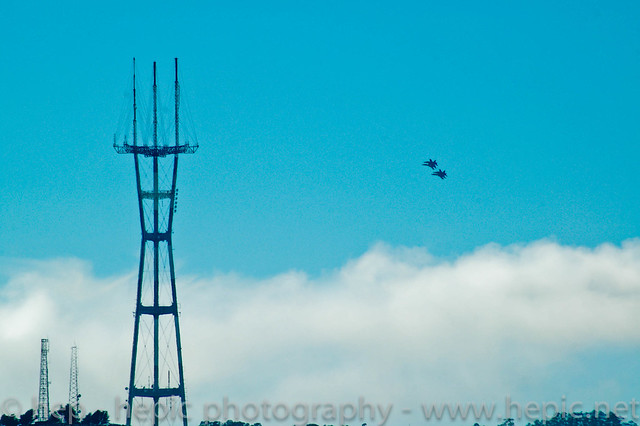 this week is fleet week. what this means in sf is the blue angels buzzing my mountain every ten mins. saturday

t12 let us use his deck to photo the flight extravaganza. i am pretty sure i have the flight patterns memorized at this point. if i am up on 20th street i can be at the right spot to shoot them every time. this year we were lazy tho, once i got the shots i needed for the assignment i had, i just hung around and looked at photo books. 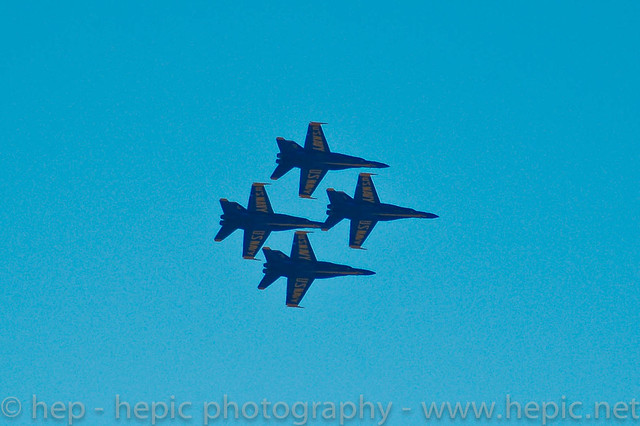 look how cute they are in diamond formation all nose to tail! i have great respect for these guys. i saw them shoot market street in the 80s and that was some seriously skilled flying, as well as super fkn cool no matter how much trouble they got in for it. i have also seen them go under the bridge like 2x. 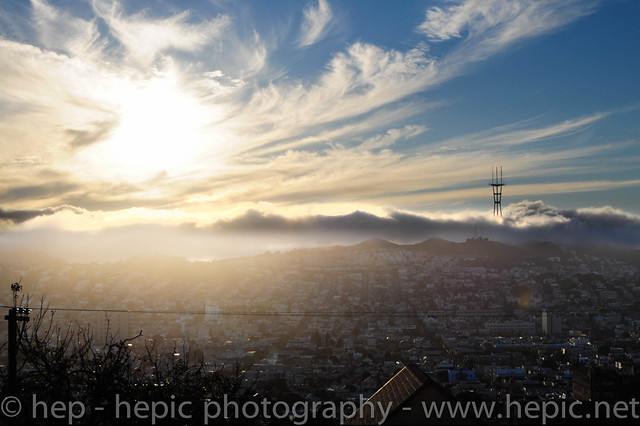 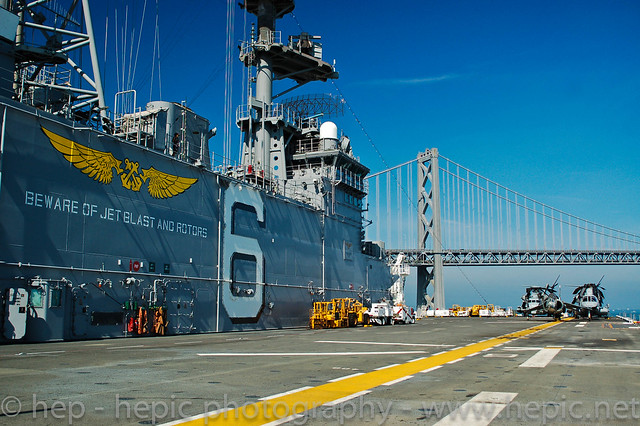 also a part of fleet week is the ship visits. lots of ships come to sf and are open for public tours. this year the ship my cousin benito (who is a marine) is stationed on came into town. we went down yesterday to check it out and hang out with my cousin. his XO was pretty funny, he kept teasing us about not stealing (possibly because we looked like a group of 4 teenagers. i was wearing my pacman hoodie and bright pink sunglasses with my hair in a high pony so i can see this as a valid mistake) and he remembered us on the way out. 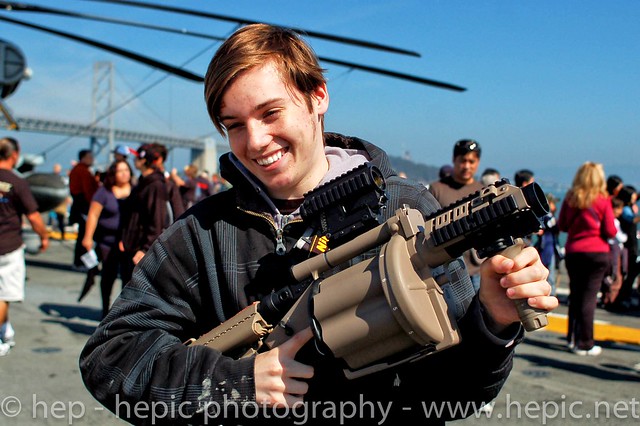 we got to see lots of cool crap. benny let evan hold a grenade launcher which pretty much firmly cemented him in evan's eyes as coolest cousin. 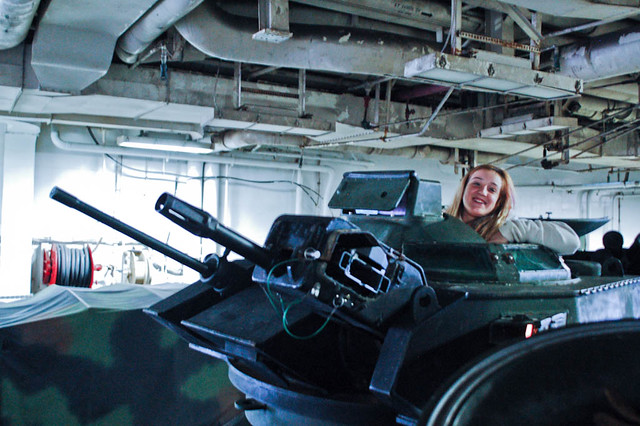 zane got to sit in the gunner seat in a tank. you will probably see this composition again when her revolution comes. 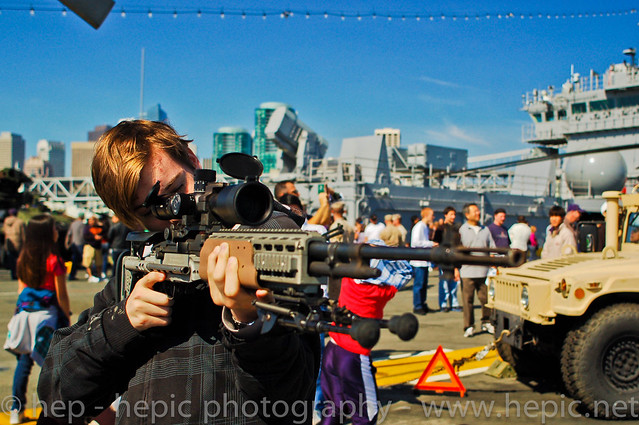 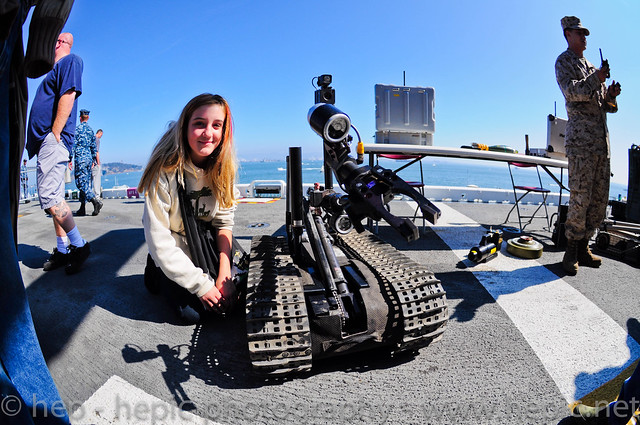 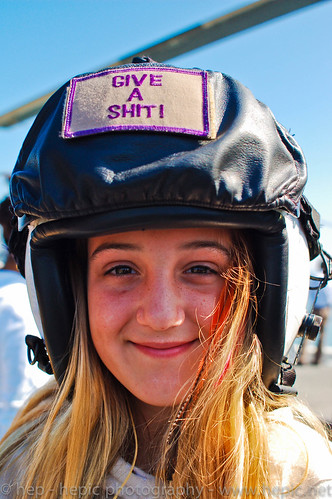 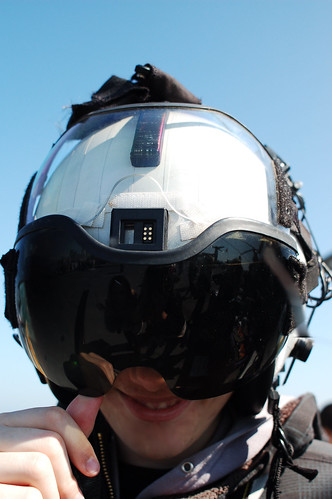