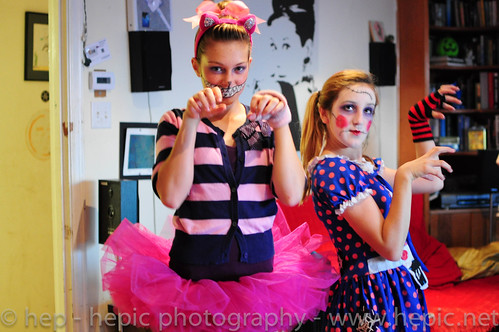 strike a pose, a photo by hep on Flickr.

ah halloween. my favorite of americanized holidays! this year i haven't really been feeling it. it's the first year where i haven't planned an elaborate costume in a long time. to be fair tho, this year i have been more busy than ever for the fall season. and planning major surgery a month before hand, even if it DID turn out to be something minor, didn't really help. the kids also kind of ran their own costumes this year. we have been so busy in early october that it kept getting put off until only 2 weeks ago (for new friends, i usually start making halloween costumes in july, just so you can get an idea of what kind of anal retentive person i am) 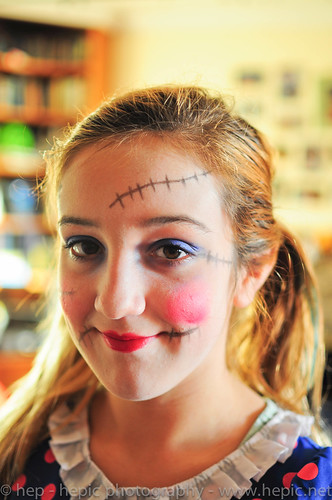 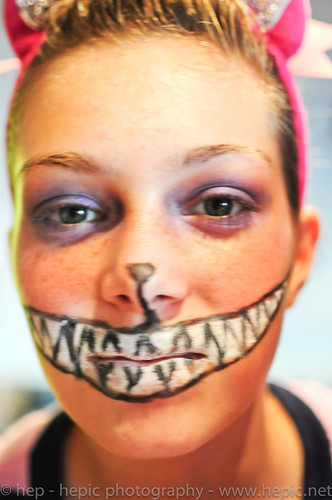 zane was a "cursed doll" and zoe was the cheshire cat (with a group of her friends at school who were alice, mad hatter, etc). i did a half-assed makeup job for them, and they put together their own costumes by sewing and odds and ends around the house, although zane pre-bought the doll dress from a halloween store. she sewed on patches tho (skull patches, one that says death on the apron, and some awesome spiderweb ones that i didn't get shots of on the back of her dress. she freehand sewed all of the patches too! go go cross stitching skills!) 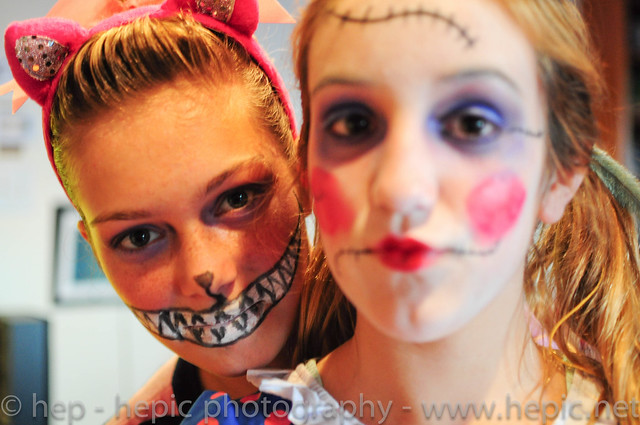 the kids did the usual trick or treat roving around town with their friends, before ending up at the various halloween parties thrown by town families. our town is a pretty excellent place for trick or treating. i, meanwhile, worked for the school fundraiser photographing like 500 children all hopped up on sugar and candy. fun, let me tell you. 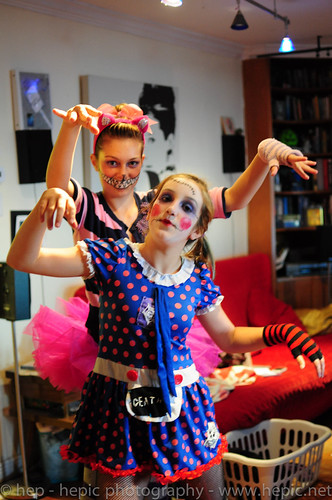 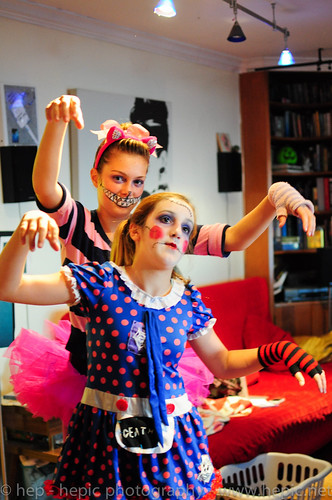 then after the children's halloween festivities, we decided to head out to the mission to do some grownup style trick or treating, aka hitting bars and demanding free drinks (red bull for me plz). then the plan was to hit the celebration in dolores park and mebbe check out how occupysf was handling halloween. however, in our rounding up of the usual cast of characters, and in the picking up of my bag and wallet that i left at

t12's house a week ago, we ended up just sitting around his living room discussing local drama and watching the ambulances race to pick up drunks in the mission from his back porch. still, a+ halloween tho i miss 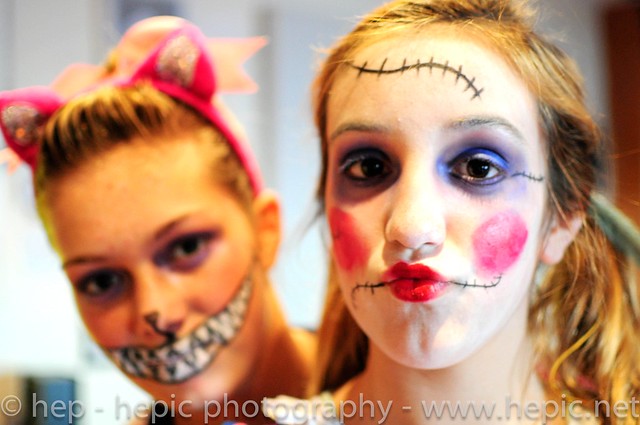 now to get ready for dia de los muertos. happy dia de los innocentes everyone! today we light a candle for my brother and the other lost children, then tomorrow we pack up the entire ofrenda and move it into garfield park. we will for sure be at the parade, probably be down quite earlier as we are planning on heading directly down after the children finish their class at 6pm. i am shooting the parade and the ofrendas in the park for project marigold, so i will be there until the bitter end, and i will be back bright and early thursday morning to assist in the cleaning up. 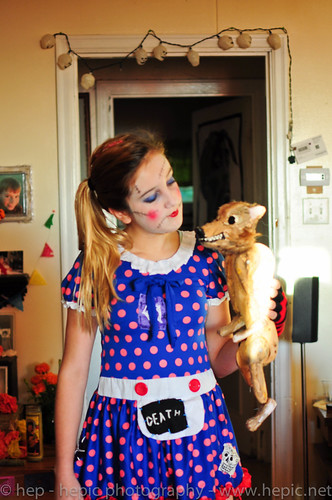 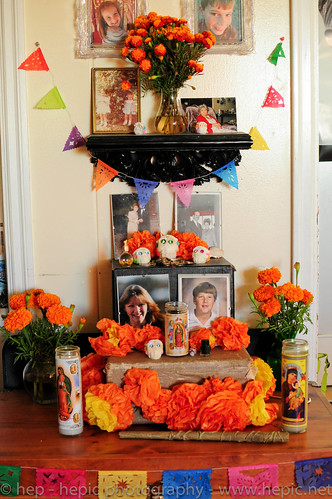 speaking of all things mexicana (ok not really), when i went to lucky's, our local supermarket, yesterday to pick up more OLG candles for the ofrenda, i found a whole section of santasima muerte candles right next to the standard jesus and saints candles. SUPER FKN WEIRD am i rite? for those who are unfamiliar, santa muerte is like a hidden saint, or non-saint depending on where you stand in catholicism. absolutely banned and denied by the official church, it is none-the-less widely practiced in mexico and in chicano communities in the us. if you are a godly person, when you have to pray for something too terrible to pray to the saints, you pray that prayer to santasima muerte. for instance, if your family is in the power of drug lords, and you want to pray for the deaths of the drug lords, you pray to santasima muerte. you must be praying out of justice tho, and be of a good persuasion, altho the definition of "good" can vary widely. and you burn a candle to pray that prayer. so seeing this stuff on the shelf of the local (non-hispanic, because you can always find santa muerte candles at hispanic stores) supermarket was super strange, like seeing a preserved fetal pig in a jar, or some sort of dark magic implements right next to the canned soups.